From politics to art to science, Black people have made huge contributions and played key roles in the advancement of society. Unfortunately, many of these contributions are often forgotten. 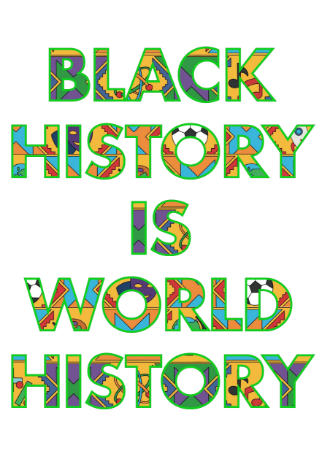 Black history in schools tends to focus on the suffering and injustice Black people have suffered – which are important topics, but far from the full story. More detailed Black history tends to be pitched at an academic level which is inaccessible for children.

Lots of Black history content is focused on the United States, or African American individuals. As our team is based in the UK, we also want to celebrate forgotten and neglected names in Black British history.

If the answer is no, you’re not alone – but as we can all agree, these names deserve to be remembered. Tuntimo makes this possible for all children, everywhere!

Why is Black history important?

Without knowledge of history, the world is a very small place for young children. We believe that teaching Black History to young children will open their worlds, minds and hearts. Black History provides children with information about inspiring Black people, who in some cases had to persevere in some of the most difficult situations, but also achieved great things.

Many of our Black History heroes triumphed in times of the enslavement of people, segregation, and mass injustices towards Black people, but they did not let that define them. Instead, they moved forward, broke barriers, and achieved their goals against the odds.

There are so many reasons to teach black history to children amongst others including:

Perseverance is such a critical character trait to have in life. We don’t want children to give up when faced with failure or obstacles. We want our children to get back up and try again when they don’t succeed. We want them to look at a challenging task with the determination and belief that they can do it…whatever it is.

If Harriet Tubman can travel to freedom 90 miles in the dark, primarily by foot, guided by the North Star, then go back and do it again and again to save her loved ones, children can learn to not give up on virtually anything they put their minds to. Learning about Harriet inspires us to persevere. Through her sheer determination, she escaped slavery and helped many others to leave that world as well.  She proved that if we are focused on a goal, and we put all we have into achieving that goal, it can be done with hard work, heart, and determination.

Young children are often fearful of many things: What if nobody likes me? What if I share my answer at school and it’s wrong? What if I fall when I’m trying to learn to ride my bike? Courage helps children learn to hold their heads high and face the unknown. It helps them to bravely approach situations where they might be nervous or fearful, such as sharing an answer in class when there is a possibility of it being wrong. Once they realise that it’s okay to be wrong, the fear begins to fade.

Just like the Cowardly Lion realised he had courage within himself, we want our students to see that they do too. We can teach courage by exposing children to courageous role models like Yaa Assanteewa or Oliver Morris and Mary Seacole.

Take Ruby Bridges for instance. At the tender age of 6, she showed unimaginable courage and unshakable faith as she began to break boundaries in our American school system. If six-year-old Ruby can walk past a mob of angry protesters who yelled and threw things at her day after day because she was determined to get the education that she deserved, then children today can certainly face their fears.

Additionally, through this historical event children begin to appreciate things that they might take for granted, like going to school. Young learners connect with the journey of Ruby Bridges because of her age.

Life is full of problem-solving opportunities, big and small.  Children must learn to solve problems, but it’s also important for them to learn peaceful ways to do so. Martin Luther King Jr. epitomised peaceful problem-solving.

Martin Luther King Jr. and his persistence to make substantial changes in a world that was so unjust is hard for young learners to imagine. They are intrigued, shocked, and disappointed when they learn how differently people were treated solely by the colour of their skin. After all, young learners are all about fairness. Through the journey of Martin Luther King Jr. children learn that just because something is a certain way, it doesn’t have to stay that way.

They learn that change can be made in a peaceful, loving way.  Martin Luther King Jr. paved the way for dramatic changes in American history and did it all through peaceful interactions.

Of course, we want our students to become lifelong learners. We hope that as they progress through the years they grow into adults who continue to wonder, explore, investigate, and learn.  What better way to encourage this than to show historical figures that exemplify lifelong learning?

George Washington Carver, scientist and inventor, was a lifelong seeker of knowledge who never passed up an opportunity to learn and grow. He was especially interested in plants and became a botanist who invented hundreds of products using peanuts, sweet potatoes, and soybeans.

He discovered systems that produced healthier plants; and he shared his knowledge freely with others.  George Washington Carver proved to be a tremendous help to poor farmers in the American South.  While he had opportunities to make great amounts of money, he had no interest in that. He was much more interested in exploring his curiosities and helping others.

When children learn of people like George Washington Carver, their world opens yet again. They realise that learning is so much more than going to school.  This man was learning, creating, inventing, and discovering throughout his entire life. What can you do to change the world?