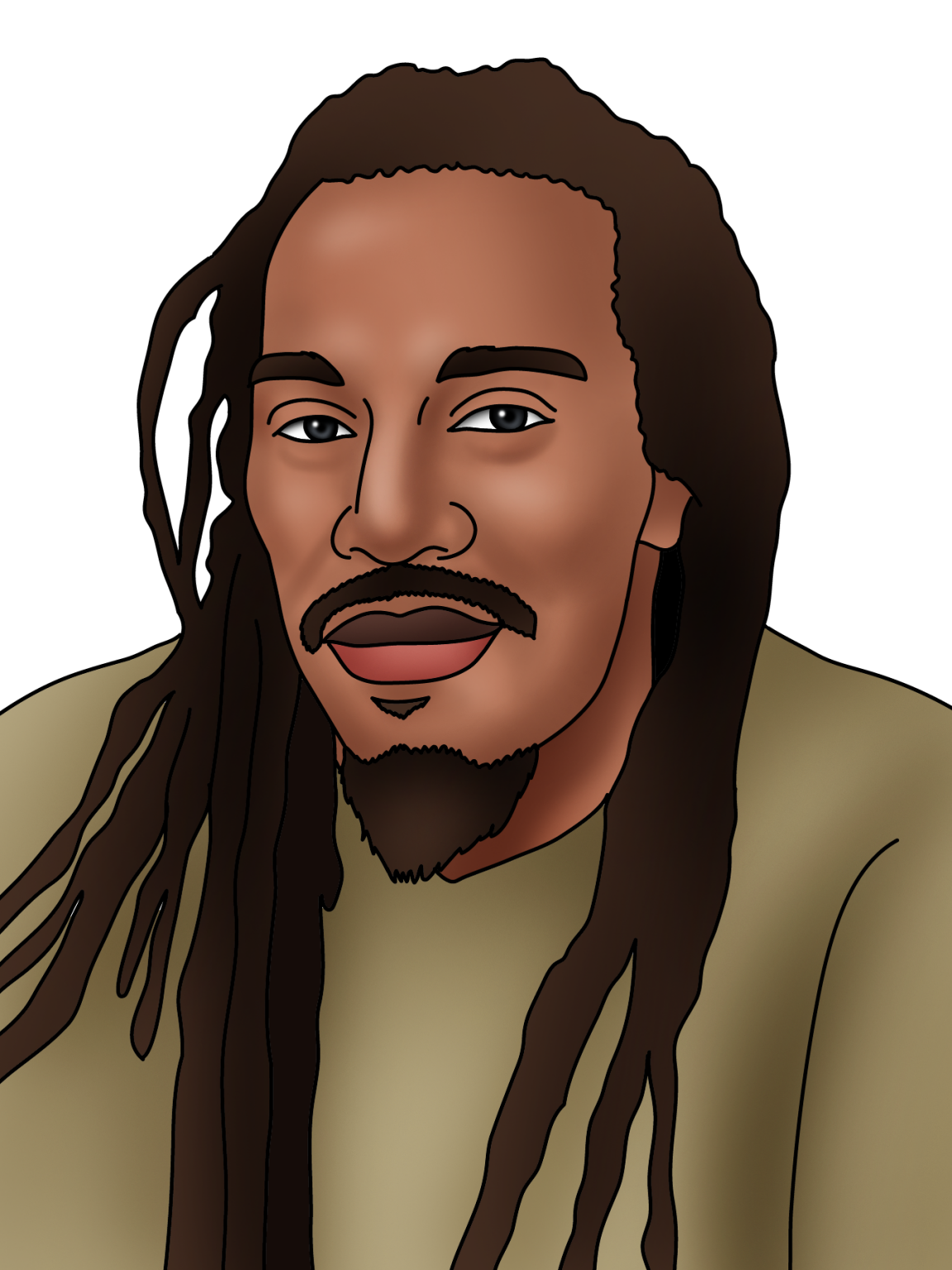 Known for: Being a famous British writer and poet.

He received an honorary doctorate from the University of Birmingham.

Along with his poems, Zephaniah has released seven albums of original music.

This planet is for everyone, borders are for no one. It’s all about freedom.

Born in Birmingham, Benjamin Zephaniah is one of the most famous Black British writers and poets of the 20th and 21st centuries. His parents were Jamaican, and he enjoyed reggae music and poetry from Jamaica as a child. He started writing poetry when he was fifteen and lots of people who lived near him loved his writing.

Zephaniah performed his poetry around England. His poetry was almost like music, and could be read to big audiences. His first book of poetry, Pen Rhythm, was published in 1980. He wrote about problems people faced in the 1980s, like losing their jobs and being homeless. At first, Zephaniah wrote poetry for adults, but he started writing poetry for children too. He also started writing books for teenagers in the 1990s.

A lot of Zephaniah’s writing is about racism, and the struggles Black people have faced in England. It also celebrates all of the different types of people and cultures that exist in Britain.

Zephaniah also speaks on television, and writes plays for radio and stage. He has won many awards for his work, and he was offered an OBE by Queen Elizabeth II, in 2003. In 2008, he was on The Times list of Britain’s top 50 post-World War Two writers.