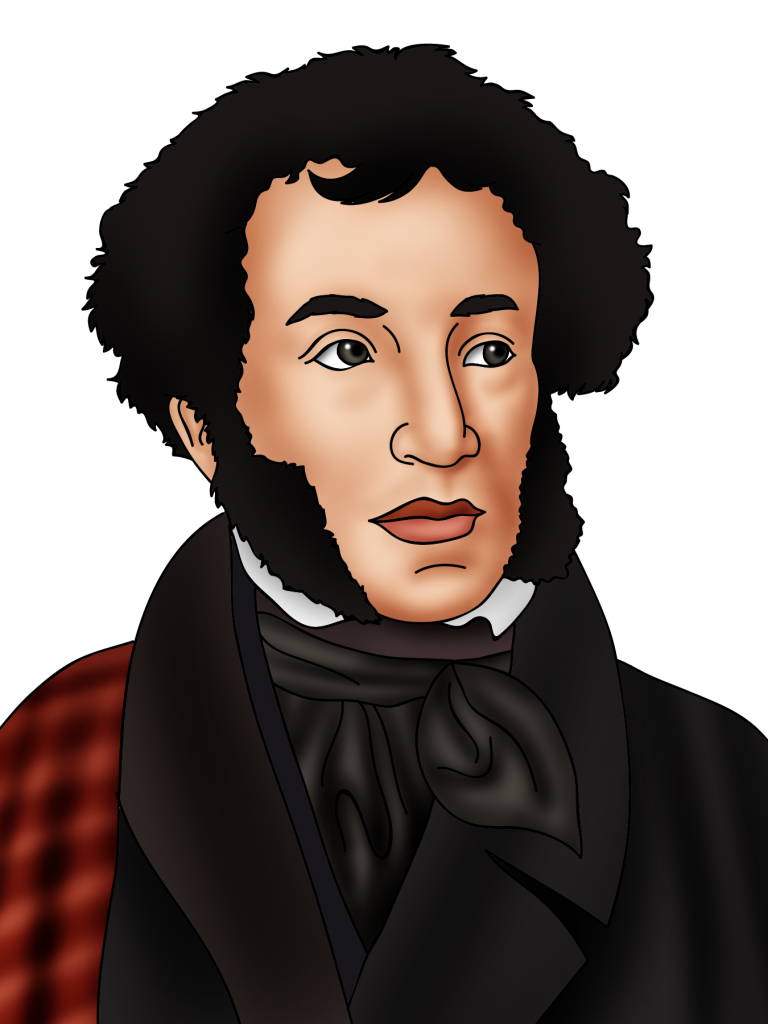 Known for: Being a famous poet.

He is considered the father of the modern Russian language.

He published his first poem at the age of fifteen.

Alexander Pushkin is one of the most famous Russian poets of all time. He was the great grandson of an enslaved African woman. When he was a child, he read a lot of books from his father’s library, making him very clever and giving him a lot of knowledge about literature.

He published his first poem when he was only fifteen. By the time he had finished university, he was already making waves in the Russian literary world. He wrote poems and plays in simple language, mixing drama and romance.

Between 1820 and 1823, Pushkin wrote two poems which made him very famous and well respected. These were The Prisoner of the Caucasus, and The Fountain of Bakhchisaray. He wrote about politics, which meant sometimes the government stopped him from publishing or from travelling. He was even sent away in exile.

Pushkin wrote in a way that no one had done before. He used Russian language as it was spoken, instead of as it is written. He had a big influence on Russian music, poems, and books in the future. He is seen as the father of Russian literature. His most famous play was called Boris Godunov. His most famous novel was Eugene Onegin. His writing has been translated into most languages and it is  still read around the world.