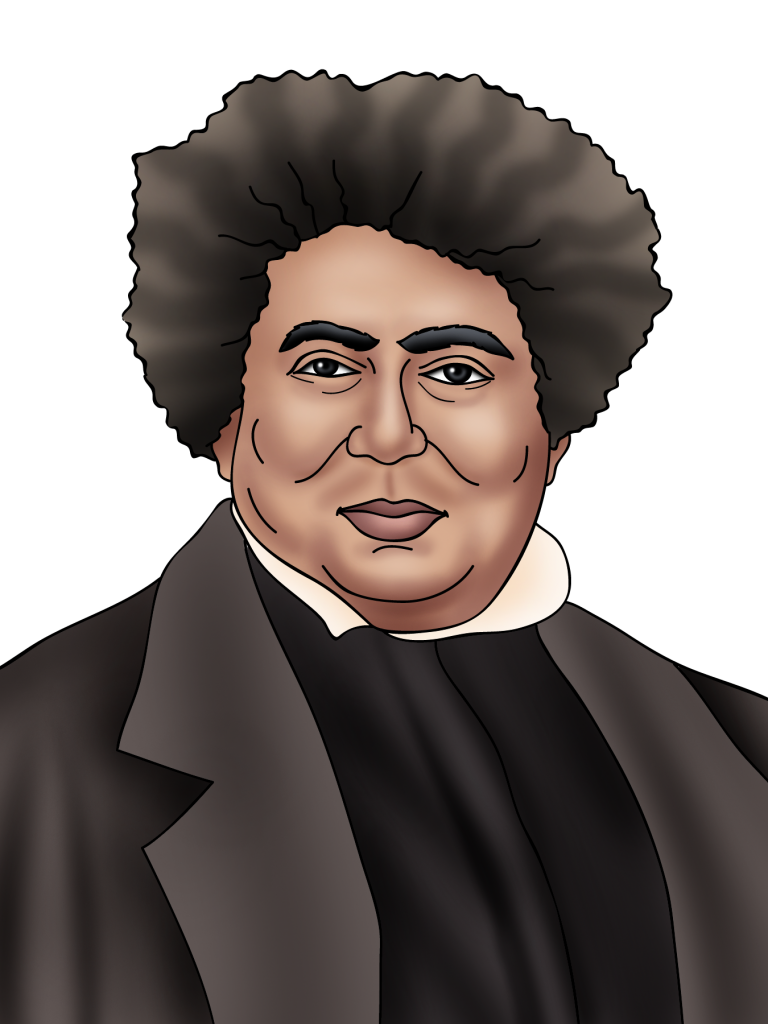 Known for: Being one of France’s most widely read writers.

He is one of France’s most popular writers worldwide.

Dumas wrote and put on his first play aged 27.

He owned a castle just outside Paris, France.

All human wisdom is summed up in two words; wait and hope.

Alexandre Dumas was a French writer, whose works have been translated into many languages. His father – an enslaved man of African descent, who became one of Napoleon’s generals – died when Dumas was just four years old, and his mother found it hard to give him an education. Despite this, Dumas is still one of the best read French writers of all time. Dumas is seen as one of the leaders of the Romantic movement.

Many of Dumas’ historical novels were about adventure. They were first published as serials; this meant they were published in newspapers in small parts. His most famous books were The Count of Monte Cristo, The Three Musketeers, Twenty Years After, and The Vicomte of Bragelonne: Ten Years Later.

Although his writing was very popular, some people have said that it was badly written and not true to history. However, his work is still famous around the world. His novels have been made into nearly 200 films since the early 20th century. Dumas’s last novel, The Knight of Sainte-Hermine, was not finished when he died. Another writer, Claude Schopp, finished it and published it in 2005. It was published in English in 2008 as The Last Cavalier.