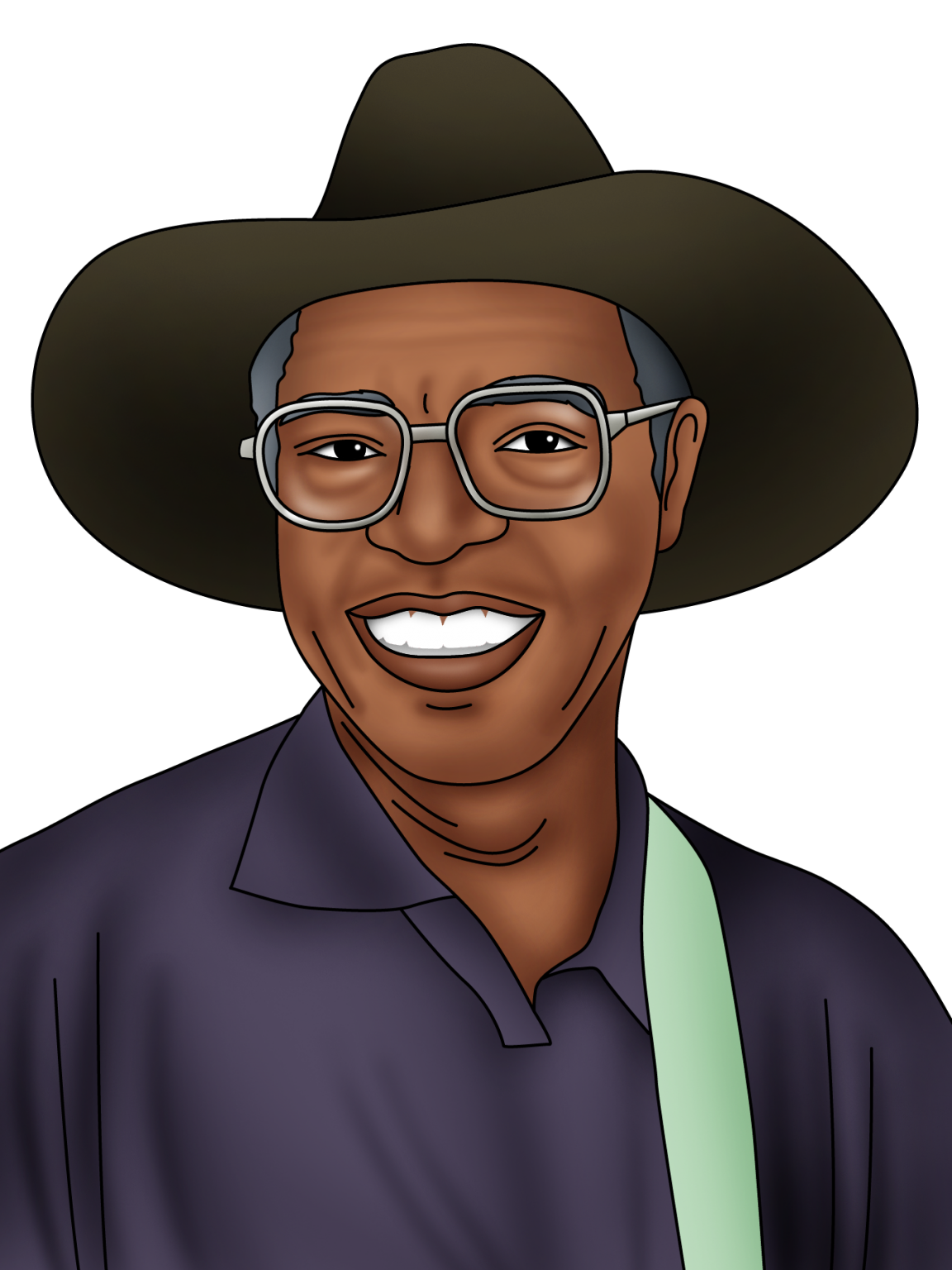 Known for: Being a renowned artist in world music and a national hero in Mali.

He was the first African blues musician to become popular in Africa.

He appeared in a Martin Scorsese documentary in 2003.

Let me make one thing clear. I'm the donkey that nobody climbs on!

Ali ‘Farka’ Touré was born on the banks of the Niger River, in a north-western area of Mali called Timbuktu. His family was part of the Arma community and moved to the nearby village of Niafunké when he was a baby.

He was the tenth son of his mother, but the only one to survive past childhood. His nickname, ‘Farka’, chosen by his parents, means ‘donkey’, an animal admired for being brave and stubborn. As the first African blues musician to become very popular in Africa, Touré was often known as ‘the African John Lee Hooker’.

In 2002, Touré appeared on an album called Mississippi to Mali, with Black American blues and reggae performer Corey Harris. Touré and Harris also appeared together in Martin Scorsese’s 2003 documentary film Feel Like Going Home, which traced the roots of blues music back to its birth in West Africa. The film was narrated by Harris and features Ali’s performances on guitar, and an instrument called a njarka.

Some of Touré’s songs have been used in TV shows and films. His guitar riff on the song Diaraby, from the album Talking Timbuktu, was chosen for a part of The World PRI-BBC programme and was popular with listeners.

Touré died at age 66 in Bamako, Mali, from bone cancer.