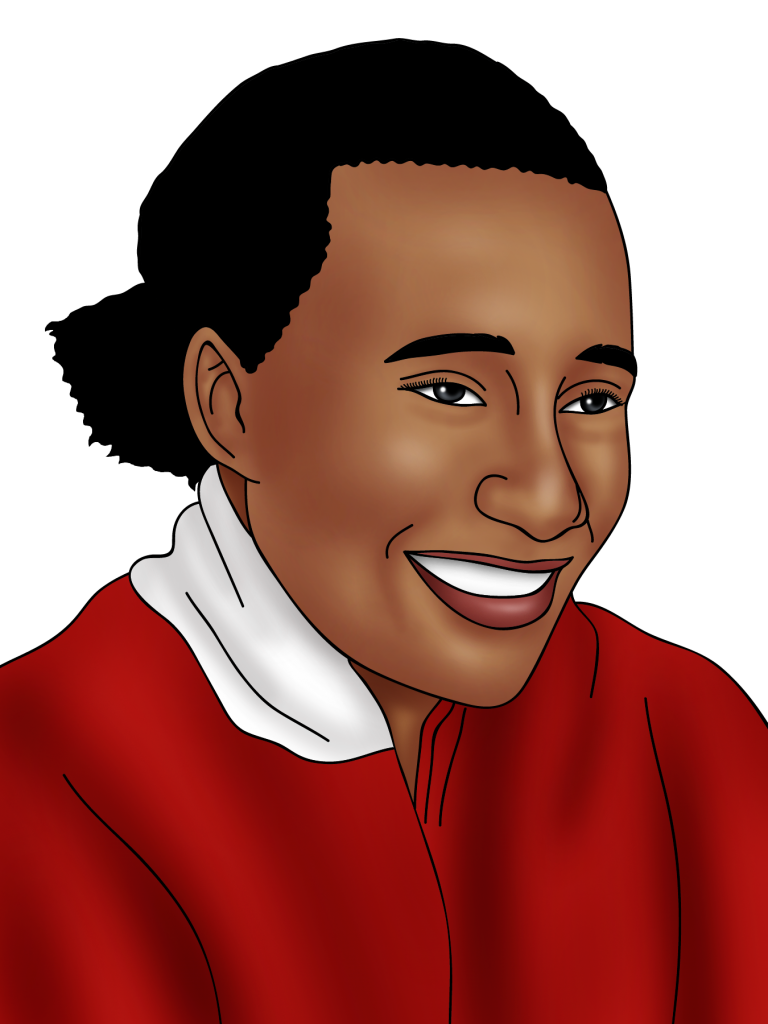 Known for: Being the first Black woman to win an Olympic gold medal.

Coachman has been named one of the 100 greatest Olympians.

In 1979, she was inducted into the Georgia Sports Hall of Fame.

Coachman was the first Black woman to win Olympic gold.

I’ve always believed that I could do whatever I set my mind to do.

Alice Coachman was an African American athlete who specialised in high jump. As a young girl, Coachman was unable to access training facilities because of the colour of her skin. She trained by running along the dirt roads near her home, using homemade equipment to practice jumping.

She began her athletic career competing in the Amateur Athletic Union’s Women’s National Championships, which she won 10 years in a row. In her first year she competed barefoot, beating the college and national high jump records. Aside from high jump, she also won championships in sprinting, relay and basketball.

After retiring as an athlete, Coachman dedicated her life to education and became a track and field instructor.

List three events that Alice Coachman won while competing in the Amateur Athletic Union’s Women’s National Championships. Why do you think Eric Williams said “Had she competed in those cancelled Olympics, we would probably be talking about her as the No. 1 female athlete of all time” about Alice Coachman? How did Alice Coachman overcome barriers to training in her early life?