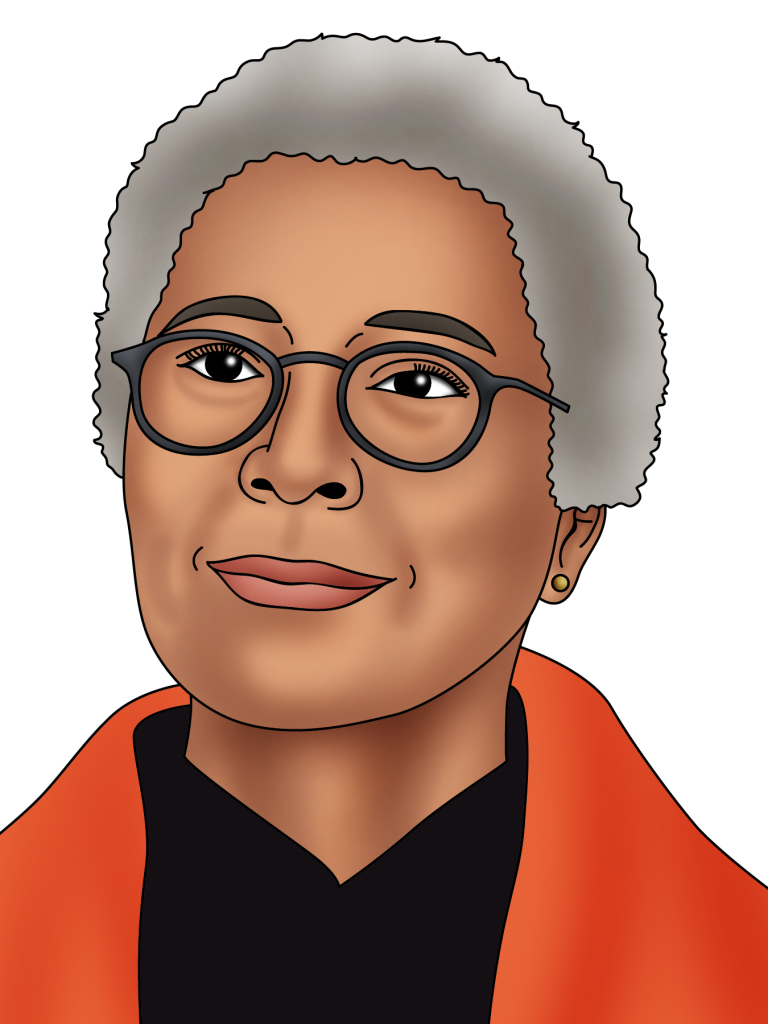 Known for: Being a writer and poet.

Walker was the first African American to win the Pulitzer Prize for Fiction.

She helped to expand feminism to include the rights of Women of Colour.

No person is your friend who demands your silence, or denies your right to grow.

When Alice Walker was eight years old, her brother accidentally shot her in the eye with a BB gun, making her blind in one eye. Her family was very poor, so she couldn’t go to the hospital, and so became permanently blind. Her injury did not stop her love for reading and writing stories, however. She began to read and write even more.

Walker earned a scholarship to go to university. While at university, she wrote many poems. Her first poetry book was called Once. At university, Walker was a civil rights activist. She went to protests and met Martin Luther King Jr. After one protest, she even got arrested.

After university, she became a teacher and then worked as a magazine editor. Walker married a man named Melvyn Leventhal. He was a civil rights lawyer. Walker and her husband became the first ever interracial couple living in Mississippi. They had one daughter, although they later split up.

In 1982, Walker published her novel called The Color Purple. This book became so popular that it was turned into a film and a musical. She also won many awards for this book. She still writes short stories and poems to this day.