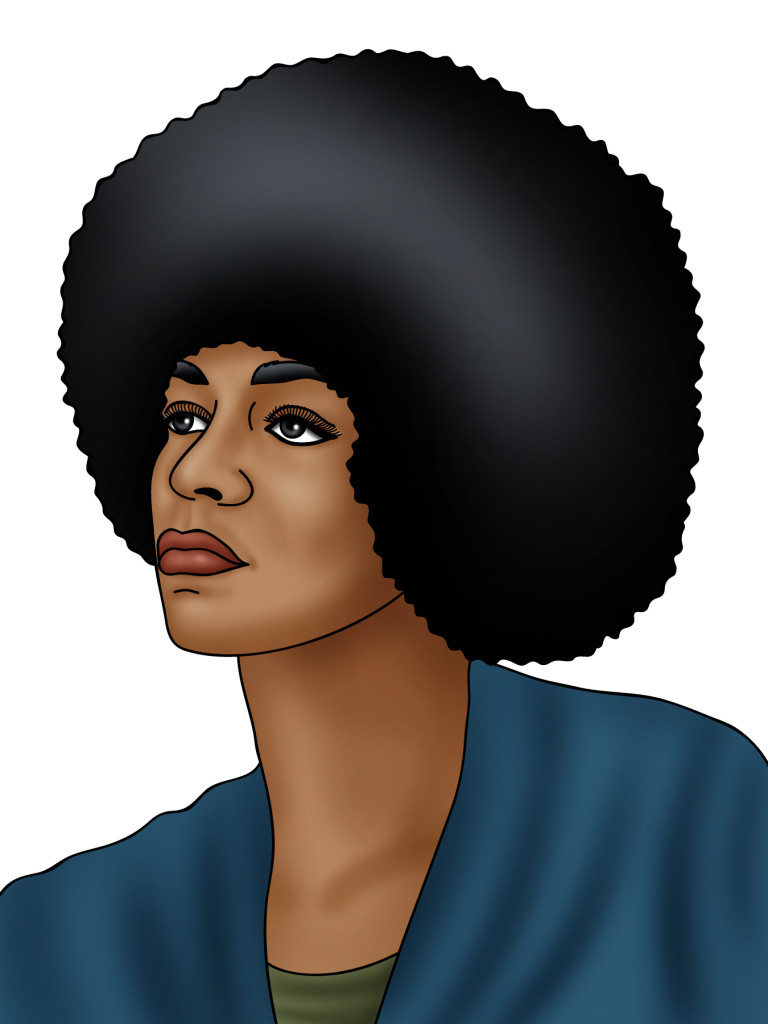 Known for: Being a political activist who fought for the rights of Black people and women.

She was awarded the 1979 Lenin Peace Prize in the Soviet Union.

She was inducted into the American National Women’s Hall of Fame (2019).

Born in Birmingham, Alabama, in the 1940s, Angela Davis is a famous Black political activist and feminist. She has spent her life fighting for the rights of Black people and women. She was also a leader of the Communist Party in the United States, although she is not a member anymore.

In 1967, Davis joined the Black Panther Party, a group fighting for, and protecting Black people in the U.S. She briefly had a teaching job at the University of California Los Angeles (UCLA), but was fired in 1969 because she was a member of the Communist Party.

In 1970, Davis was put in prison by the FBI for murder. She was accused of kidnapping and killing Judge Harold Haley. In 1971, she appeared in court, and said that she was innocent. She was released from prison in 1972.

Davis believes prisons are one of the main parts of the American economy, and she thinks they are used to take advantage of poor Black people. She created a group called Critical Resistance in 1997 to fight against the use of prisons to make money from poor Black people. She does not want to make prisons better, but wants to get rid of prisons and police altogether. This is called ‘abolitionism’. Davis has argued that prisons are just a new form of enslavement.

Davis is still fighting for Black people’s and women’s rights today. She is a professor at the University of California, Santa Cruz.

The Rolling Stones recorded a song called Sweet Black Angel on their 1972 album, Exile on Main Street, which was dedicated to Angela Davis. Why do you think they did that?