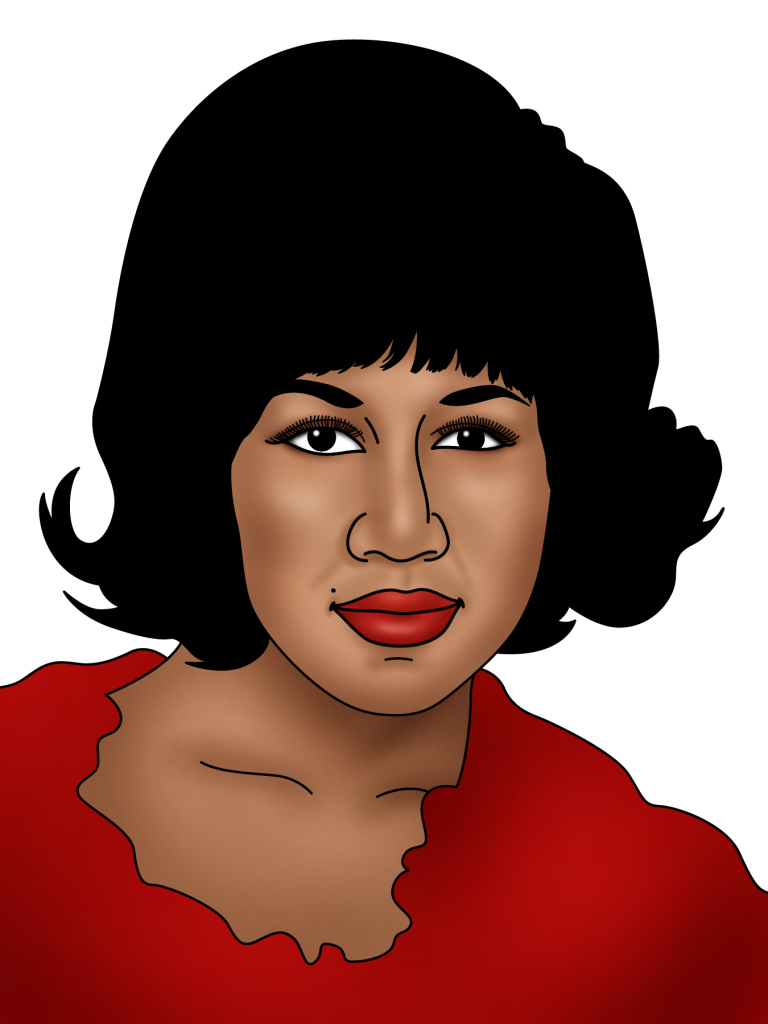 Known for: Being a singer, known as the ‘Queen of Soul’.

She was crowned the ‘Queen of Soul’ by Parvis Spann.

She performed at London’s Royal Albert Hall in front of Queen Elizabeth II.

Be your own artist, and always be confident in what you’re doing. If you’re not going to be confident, you might as well not be doing it.

As a teenager, Aretha Franklin performed at gospel events with her father and was recognised as a very talented singer. Aged eighteen, Aretha Franklin moved to New York where she released her first single, Today I Sing the Blues, in September 1960. It reached the top ten of the Hot Rhythm and Blues music chart. Her hit, I Never Loved a Man, was released in 1967 and went straight to number one on the R&B chart, while also making it on to the Billboard Hot 100, giving her her first top ten pop single.

In April 1967, she released her version of Otis Redding’s Respect, which reached number one on both the R&B and pop charts. Respect became her signature song and was later hailed as a civil rights and feminist anthem. Aretha Franklin was crowned the ‘Queen of Soul’ by radio personality Parvis Spann.

In 1980, Aretha Franklin performed at London’s Royal Albert Hall in front of Queen Elizabeth II. She also had an acclaimed guest role as a soul food restaurant owner in the 1980 musical The Blues Brothers. Her first Arista album, Aretha (1980), featured the No. 3 R&B hit United Together. She achieved a gold record for the first time in seven years, with the 1982 album Jump To It.