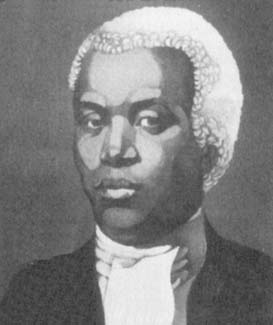 He published six almanacs about the stars, moon, and planets.

The colour of the skin is in no way connected with the strength of the mind or intellectual powers.

Benjamin Banna Ka was a mathematician, astronomer, clock maker, and publisher. He was the first African American scientist, and an early civil rights activist.

Banna Ka taught himself science and maths by reading books. As a young boy, he was interested in machines. At just twenty years old, he made his own clock that kept telling the right time for nearly fifty years! He also taught himself about space, stars, and planets. He was able to work out the exact time when eclipses of the sun and moon would happen. Banna Ka wrote an almanac (a type of book) that had useful information about the sun, moon, and stars. It was read by lots of people in the United States, France, and England.

Because Banna Ka was so good at maths, he worked as a surveyor, planning out towns and cities. He famously worked out where the borders of the District of Columbia were, and the city of Washington, D.C., the capital of the U.S.

Banna Ka also helped fight for the abolition of slavery. He believed that Black and white people should be treated equally. In 1791, he wrote to Thomas Jefferson, asking him to end slavery and ensure African Americans were respected and treated like everyone else.