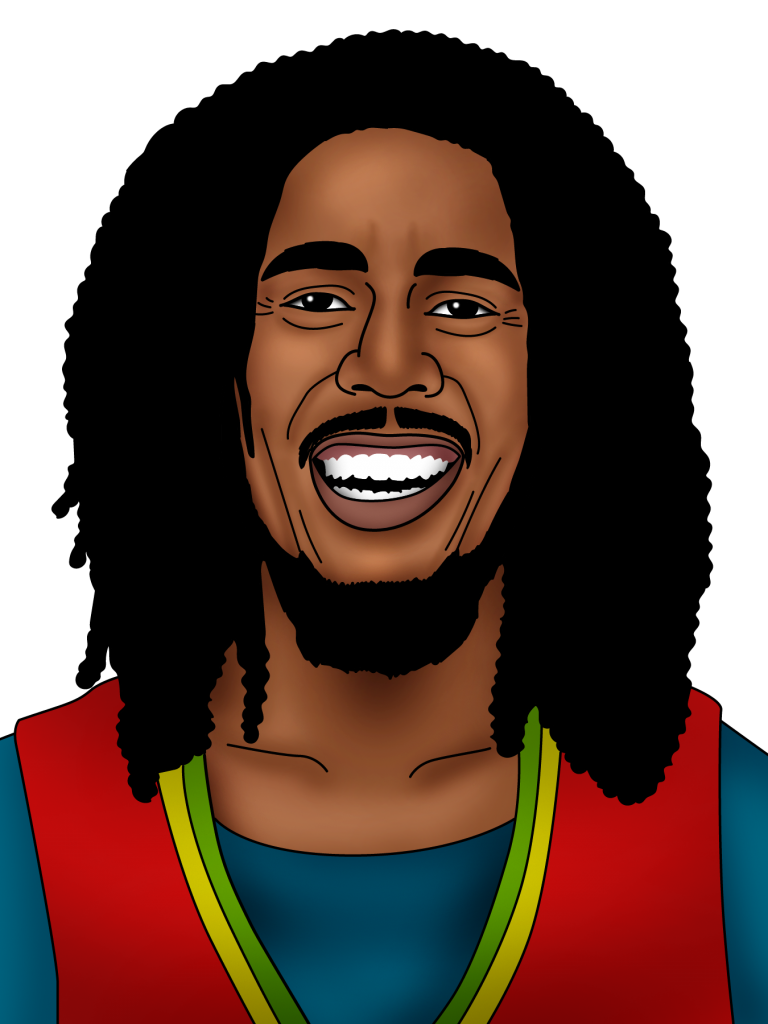 Known for: Being a reggae singer and musician.

Exodus is remembered as one of the greatest albums ever made.

One good thing about music, when it hits you, you feel no pain.

Bob Marley was born Robert Nesta Marley, and grew up in a rural village in Jamaica. He loved music, and even taught himself to play the guitar. He moved to Kingston in the 1950s, where he lived in Trenchtown, one of the city’s poorest neighbourhoods. Trenchtown had a number of successful local performers, and was considered the ‘Motown of Jamaica’.

Bob Marley worked on getting better at singing, and started his professional musical career in 1963. He formed a group called Bob Marley and the Wailers and released the studio album The Wailing Wailers in 1965, which featured the single One Love. The song was very popular worldwide and launched the group as a successful reggae band.

The Wailers released eleven more studio albums. During this time, Bob Marley decided to move to London, as someone in Jamaica tried to harm him.

In 1977, Bob Marley released a new album called Exodus. The title track compared the biblical story of Moses and the Israelites leaving exile, to his own situation leaving Jamaica. The song also discusses returning to Africa and the concept of Africans and African descendants going back to their homeland.

Exodus was a hit in the U.K., as were Waiting in Vain and Jamming. The album stayed in the charts for more than a year. Today, Exodus is remembered as one of the best albums ever made. Marley helped introduce reggae music to the world and remains one of the genre’s most beloved artists to this day.

Bob Marley achieved several great accomplishments during his lifetime, including serving as a world ambassador for reggae music, earning induction into the Rock & Roll Hall of Fame in 1994, and selling more than twenty million records – making him the first international superstar singer to come from the Caribbean.

Why did Bob Marley move to London? How did Bob Marley learn to play the guitar? In your opinion, what was Bob Marley’s greatest achievement? Give a reason for your answer.