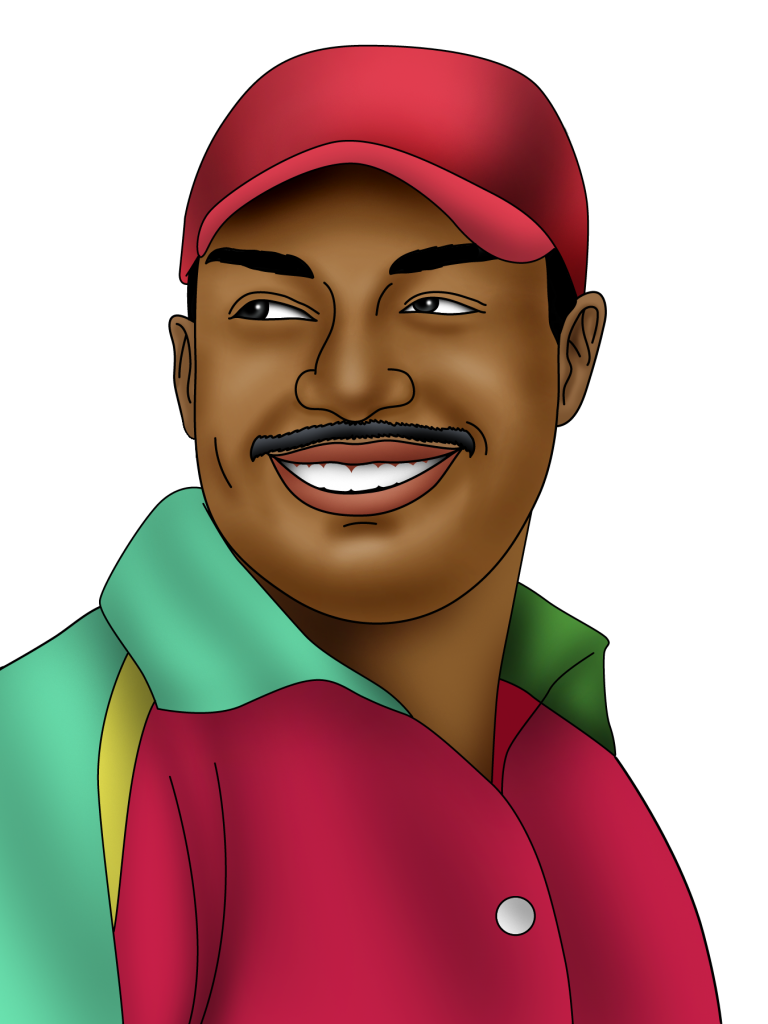 Known for: Playing cricket and being one of the best batsmen of all time.

Lara is described as one of the best batsmen of all time.

In Trinidad and Tobago, there is a stadium named after Lara.

He won Sports Personality World Sport Star of the Year in 1994.

I am ready to sacrifice anything to see that West Indies becomes the best team in the world. To beat teams like Australia and England in the world cup would be great.

Brian Lara is a former cricketer. His family enrolled him into a community coaching school when he was six, and he had cricket practice every Sunday.

When Lara was fourteen years old, his friend Michael got him his first ever job in an office. Lara knew that he did not want to work in an office for the rest of his life, so he joined the under-16 league of national schoolboys’ cricket. In Lara’s first year of playing in the league, he scored 745 points, an impressive achievement.

Immediately after this, he was selected to play for the Trinidad National Cricket under-16 team. In 1987, Lara broke the record for most points scored in a game in the whole of the West Indies! By 1988, he was captain of the West Indies team in the youth World Cup.

Whenever Lara felt the pressure of always performing to a high level, he remembered how much he loved playing. Over the course of his lifetime, Lara won many awards. In 1995, he was awarded Cricketer of the Year, and he still holds the record of scoring the most points in a single game.

Who first recognised Brian’s sporting talents? What was Brian’s first job and how did he feel about it? What helped Brian to perform well even when he felt under pressure?