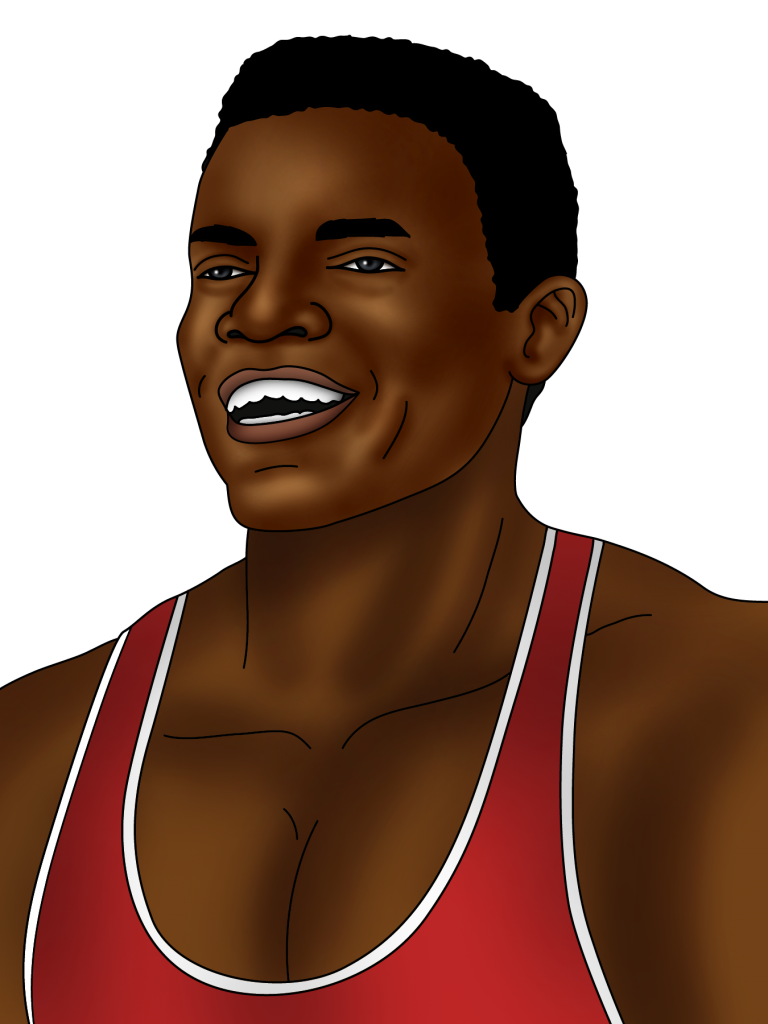 Lewis is the only man to defend an Olympic long jump title.

In 2001 he started the Carl Lewis Foundation to promote fitness.

Your body is your temple. If you nourish it properly, it will be good to you and you will increase its longevity.

Carl grew up in Willingboro, New Jersey. As a boy, he competed on a local track and field team coached by his parents. By the end of his high school years, he had become a star athlete.

In 1983 Carl won three gold medals at the World Track and Field Championships. At the 1984 Summer Games in Los Angeles, California, Carl equaled Jesse Owens’s feats in the 1936 Berlin Olympics by winning gold medals in the long jump, 100 meters, 200 meters, and the 4 × 100-meter relay. In 1988 at the Summer Olympics in Seoul, South Korea, Carl won gold medals in the 100 meters and the long jump and a silver in the 200 meters. He was the first Olympic athlete to win consecutive long-jump gold medals. This was one of an extended series of consecutive long-jump victories for Carl that occurred over several years during the 1980s.

Why do you think Carl was named Sportsman of the Century? Why were Carl’s gold medals so significant? What is the reason that Carl started his foundation?