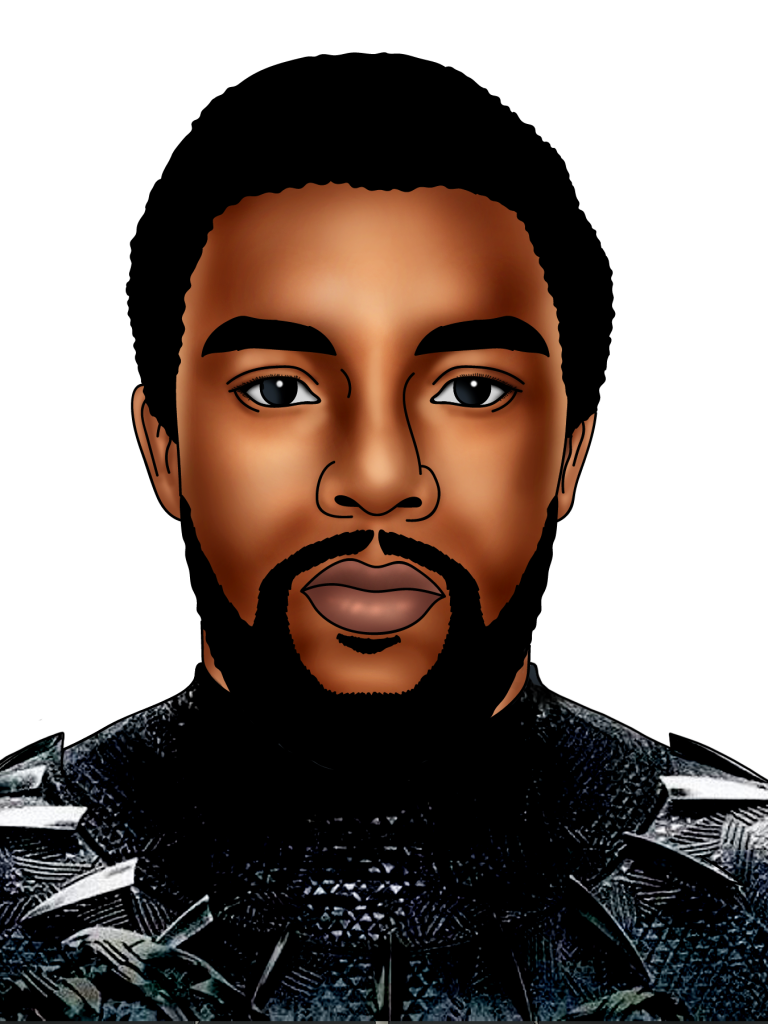 Boseman won the BET Award for Best Actor in 2018

Boseman and his role in Black Panther left a legacy of empowerment.

You have to cherish things in a different way when you know the clock is ticking, you are under pressure

Chadwick Aaron Boseman was born in 1976 in South Carolina. He graduated from Howard University in Washington, D.C. with a Bachelor of Fine Arts in directing and he then went on to attend the British American Drama Academy in Oxford in England.

Boseman’s career started on stage and he performed in many theatre shows including, Breathe, Romeo and Juliet, Bootleg Blues, Zooman, and Willie’s Cut and Shine. He did not just perform on stage, he also wrote plays and directed several stage productions including a short film.

Boseman started his TV career when he played minor roles in crime dramas Third Watch and CSI: NY as well as a role in a soap opera called All My Children. Boseman won the role of Nathaniel Ray on the ABC family drama Lincoln Heights in 2008, the show ran for 4 seasons and during this time he also appeared on hit TV shows ER, Lie to Me, The Glades, and Cold Case.

In 2012, Boseman won the lead role in the Jackie Robinson film, 42. This film tells the story of a legendary baseball player who was the first African American to play in the majors in the 20th century. His performance in this biopic film led him to be named Male Star of Tomorrow by the National Association of Theatre Owners in February 2014.

Boseman also starred in ‘’Get On Up’’ released in August 2014, a film about music legend James Brown. Get on Up tells the real-life story of Brown’s life experiences and career success in the music industry. This role was very difficult for Boseman as had to recreate Brown’s famous fast dancing footwork.

In 2016 Boseman joined the Marvel Cinematic Universe and appeared in the Hollywood blockbuster Captain America: Civil War. He played T’Challa, king of the fictional African country of Wakanda, his superhero character being the Black Panther. February 2018 saw the release of the Black Panther movie, which smashed box office records earning $218 million in America alone. The film won an Academy Award nomination for Best Picture.

Boseman’s Black Panther later re-joined Iron Man, Thor, Captain America, and other Marvel cohorts on screen for Avengers: Infinity War (2018) and Avengers: Endgame (2019). Having established himself as a leading man, Boseman next starred in 21 Bridges (2019), as an NYPD detective on the hunt for two cop killers.

Black Panther was a movie that captivated a global audience and has since become such an important symbol of film and of Black culture. This film and Boseman’s performance as T’Challa mesmerised audiences and brought to life the first Black superhero in cinemas. Boseman and his role in Black Panther although based on fiction has left a legacy of empowerment, T’Challa and Wakanda drew comparisons and links to Africa’s proud and rich history of Empires, Kingdoms, and its Kings and Queens of the past.

On the 28th of August, 2020 Boseman sadly passed away at the age of 43, after secretly suffering from colon cancer since 2016. He fought with all he had and whilst being seriously ill brought us many of his most popular films. Boseman spent some of his spare time visiting and supporting children that were suffering from the condition he had. He supported them and their families, visiting them in hospital to help inspire and encourage them as well as bringing real joy and hope to their lives.

The world was told of his sudden and tragic death by a statement from his family, part of the statement read: ‘’It was the honour of his career to bring King T’Challa to life in Black Panther. He died in his home, with his wife and family by his side”.

Why was Black Panther a very successful movie? What was his greatest achievement and why? Why do you think he didn’t tell the world that he was sick?