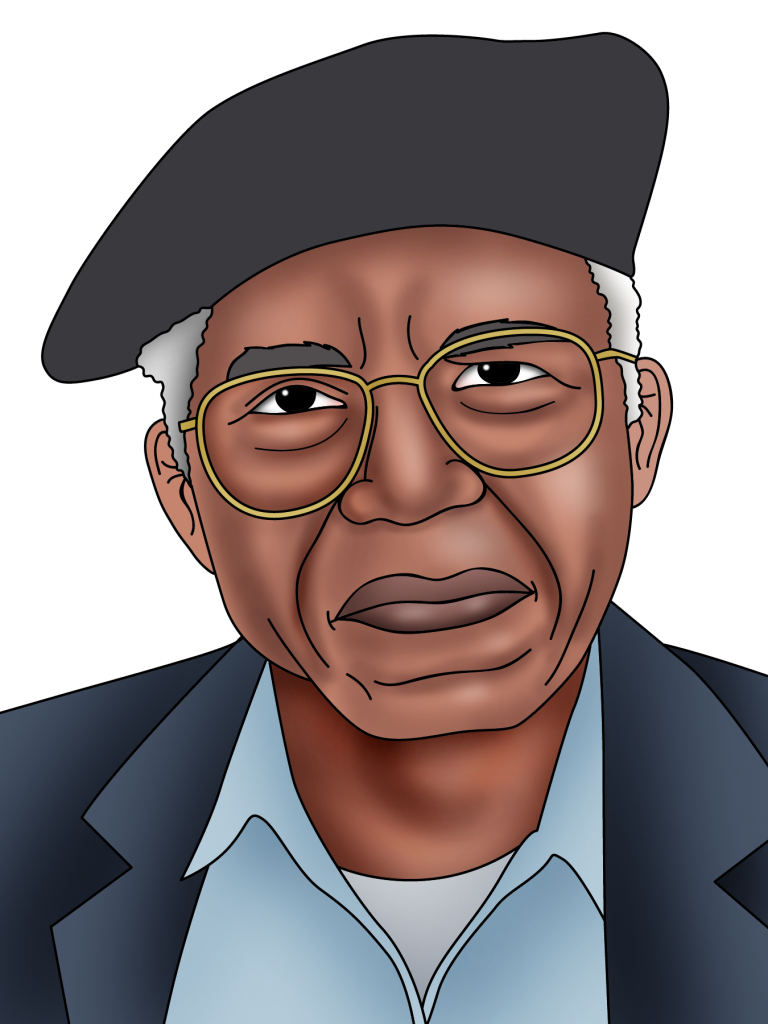 Did you know he only liked writing his books with a pen?

His novel sold over ten million copies worldwide and was translated into more than fifty languages.

Achebe was also a well-published poet.

There is no story that is not true

Chinua was born in Eastern Nigeria to a family from the Igbo tribe. He was the fifth of six children! He learned to speak English at the age of eight and wanted to become a doctor. He earned a scholarship to study medicine at Nigeria’s first ever university, ‘University College Ibadan’, today known as the University of Ibadan. However, he soon realised that medicine wasn’t for him, and that he enjoyed writing more. He changed his studies to focus on English literature and began to write novels.

Chinua is most famous for his first novel Things Fall Apart which was published in 1958. It tells the story of a Nigerian Igbo village and their life before Britain colonised Nigeria. The story follows their reaction to British rule. This novel, however, was rejected by many publishers who believed that there was no market for African literature, before one publisher named Heinemann really saw it as a masterpiece! The novel sold over ten million copies worldwide and was translated into more than fifty languages. Chinua went on to write many more children’s books and in 2007 he won the Man Booker International Prize. After this, he continued teaching students at American universities. Sadly, he passed away at age 82 in March 2013 after he became sick.

What job did Achebe initially want to do? What is his novel Things Fall Apart about? Why did many publishers reject the novel and were they correct in their opinion of African literature?