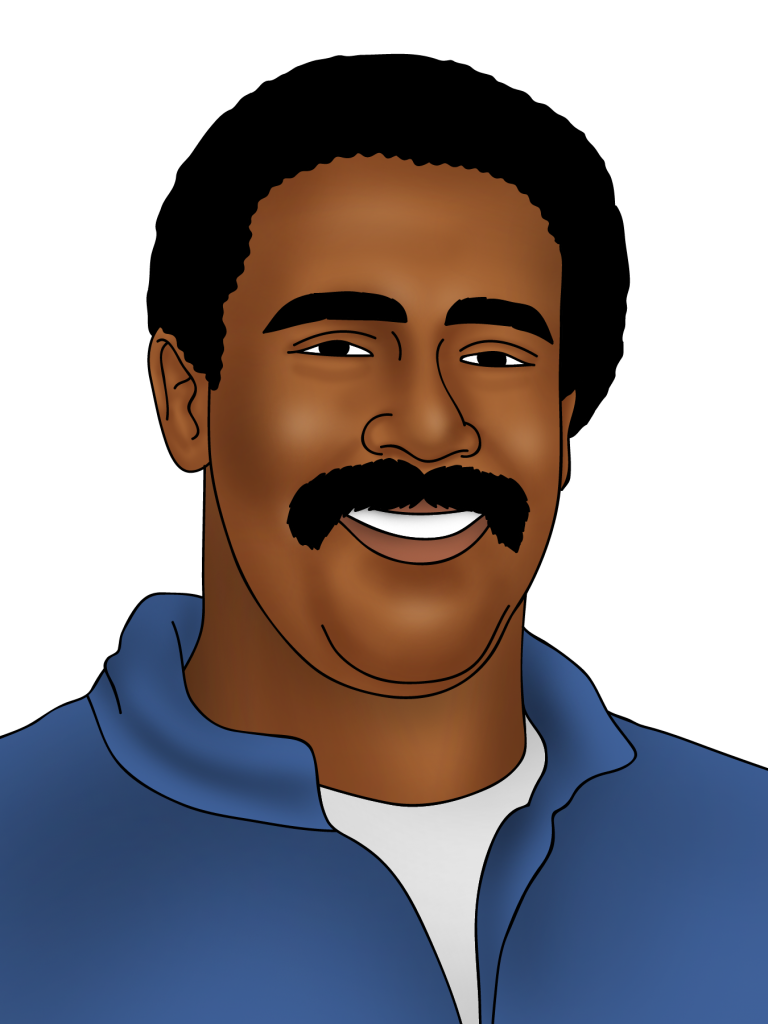 Thompson was the BBC Sports Personality of the Year in 1982.

He was an ambassador for the London 2012 Summer Olympics.

At one point, Thompson didn’t lose a decathlon for nine entire years.

I’m competitive - that’s what defines me - and I love it.

The son of a Nigerian father and Scottish mother, Daley Thompson did his first decathlon at age sixteen, winning a competition in Wales. His score of 6,685 points broke the British junior record. That same year in 1975, he qualified for the British Olympic team.

At the Olympics in Montreal in 1976, Thompson finished eighteenth, and in the 1978 European championships he finished second. He set a world record in May of 1980, and won his first gold medal at the Moscow Olympics.

He set world records twice in 1982, and won the 1983 world championships. Thompson defended his title at the 1984 Los Angeles Olympics. He had a rivalry with West German athlete Jürgen Hingsen throughout the 1980s; they constantly traded world records, but Thompson always won in the major events.

Thompson was forced to retire from athletics in 1992 due to injury. He went on to play professional football for Mansfield Town and Stevenage F.C. Thompson also worked as a motivational speaker and fitness trainer.

When did Daley Thompson win his first decathlon? How many times did Daley set world records in 1982? Who did Daley have a rivalry with throughout the 1980s?