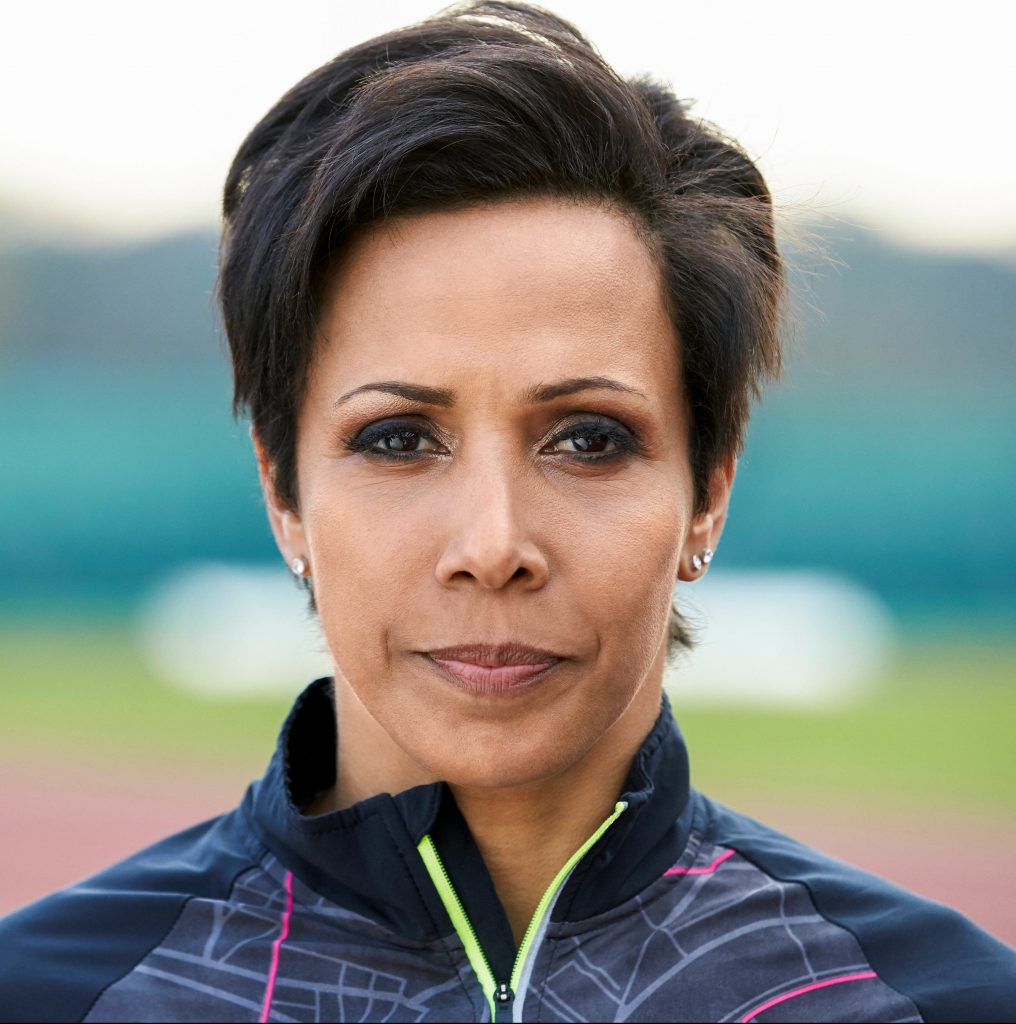 Known for: Being a multi-Olympic medal winning athlete.

Holmes was inducted into the England Athletics Hall of Fame in 2010.

She was the third Black British woman to win Olympic gold.

Holmes was given a Lifetime Achievement Award in 2016.

I was 12 when I started and 34 before I achieved my dream, that should give people hope.

Kelly Holmes’s PE teacher encouraged her to start practicing running and training in athletics when she was twelve years old. Her role model was gold medal Olympic runner Steve Ovett, who inspired her to want to become an athlete.

When Holmes was 18, she joined the army, which was her dream job. She worked as a physical trainer, and a van driver as well. Holmes was still very athletic, and once competed in the men’s 1500m Army Championships.

While watching the 1992 Summer Olympics on TV, Holmes saw an athlete she had previously raced, and beaten, in a race competing. She decided to train in athletics again. During her training, she suffered many injuries and grew depressed. However, she continued to push hard, and was eventually rewarded with two gold medals at the 2004 Summer Olympics.

In total, she has won two gold and one bronze Olympic medals, along with three World Championship medals, two European Championships medals, and three Commonwealth medals.

Who was Kelly’s role model when she was young and why? Why did Kelly stop practicing athletics when she was 18? What motivated Kelly to train for the Olympics?