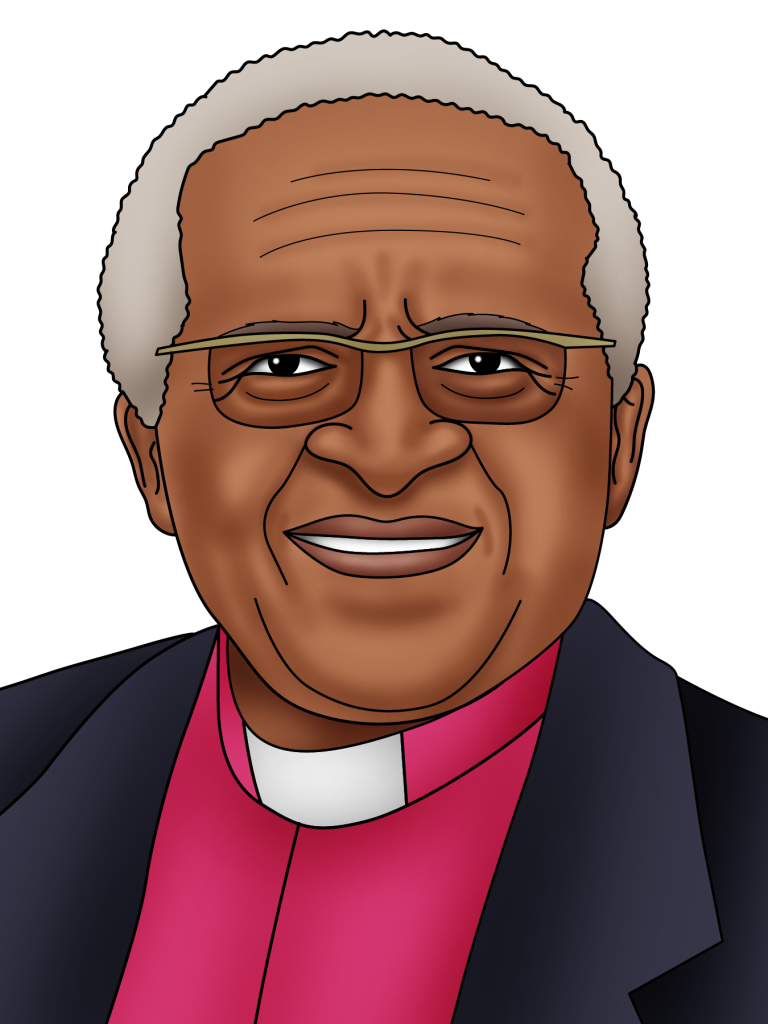 Tutu was the first Black Archbishop of Cape Town.

He won the Nobel Peace Prize for his work to end apartheid.

President Nelson Mandela made him Chair of the Truth and Reconciliation Commission.

Do your little bit of good where you are; it’s those little bits of good put together that overwhelm the world.

Desmond Tutu was born in Klerksdorp, South Africa. His father was a teacher, and his mother was a cook and a cleaner. As a child, Desmond noticed the inequality between himself and his white classmates. He noticed that he was treated worse than children from different backgrounds.

He wanted to become a doctor, and even got an offer to study medicine at university, but because his family could not afford the school fees, he became a teacher like his father, and even worked at the same school as his dad teaching English and History.

Tutu eventually quit teaching. He did not want to be involved in a place that supported inequality. In 1958, he enrolled at St. Peter’s Theological School and in 1961, he was officially ordained as a priest.

In 1978, Tutu became the first black general secretary of the South African Church Council. He used his position to fight against South African apartheid, and campaigned for equal education for all. He received the Nobel Peace Prize for his work in promoting peace in South Africa. He was then appointed as Cape Town’s first black Anglican Archbishop.

Tutu was diagnosed with cancer, but was treated for it in America and successfully beat it. He retired in 2010, but he continues to work on achieving world peace through the many organisations he joined.

What did Desmond Tutu notice at school that he didn’t think was fair? What job did Tutu do before he became a Priest? How did Tutu try to change education later in his career?