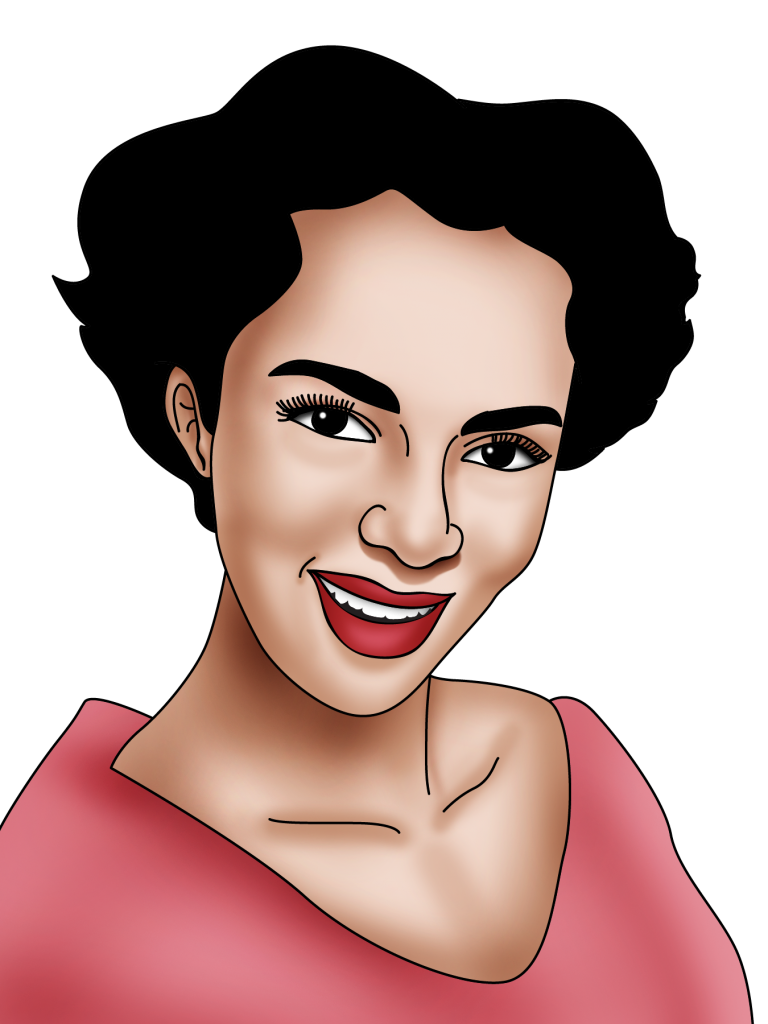 Dandridge was one of the earliest Black movie stars.

Dandridge was the first Black woman nominated for Best Actress at the Academy Awards.

Dandridge received a Golden Globe nomination for her Porgy and Bess performance.

Dorothy Dandridge’s mother was an entertainer and comedic actress who, after settling in Los Angeles, had some success in radio and, later, television. Dandridge and her sister, Vivian, began performing publicly as children, and in the 1930s joined a third girl and became the Dandridge Sisters, singing and dancing.

Dandridge eventually established a highly successful career as a solo nightclub singer, appearing in rich clubs such as the Waldorf Astoria’s Empire Room in New York City. She often sang at nightclubs that had previously featured only white performers. Dorothy wanted to build a career in the movie industry and secured a few roles in films in the 1940s and early 1950s. However, she had trouble finding suitable lead roles. One of her first major roles was as a schoolteacher in Bright Road (1953), which also starred Harry Belafonte. She appeared with Harry again in the musical Carmen Jones (1954) and the drama Island in the Sun (1957).

Dandridge was one of the earliest Black movie stars, and the first woman of colour to be nominated for the Academy Award for Best Actress for her performance as the leading lady in the movie Carmen Jones. The movie gained worldwide success. She earned a Golden Globe nomination for her portrayal of Bess in Porgy and Bess (1959), opposite Sidney Poitier.

Dorothy faced many problems in her personal life, including bankruptcy and two divorces. In the mid-1960s, she tried to stage a career comeback and secured a contract for two films in Mexico.

Why do you think Dorothy said: “If I were white, I could capture the world”? Why did Dorothy struggle to find lead roles? In your opinion, what part of her career did Dorothy find the most success? Give reasons for your answer.