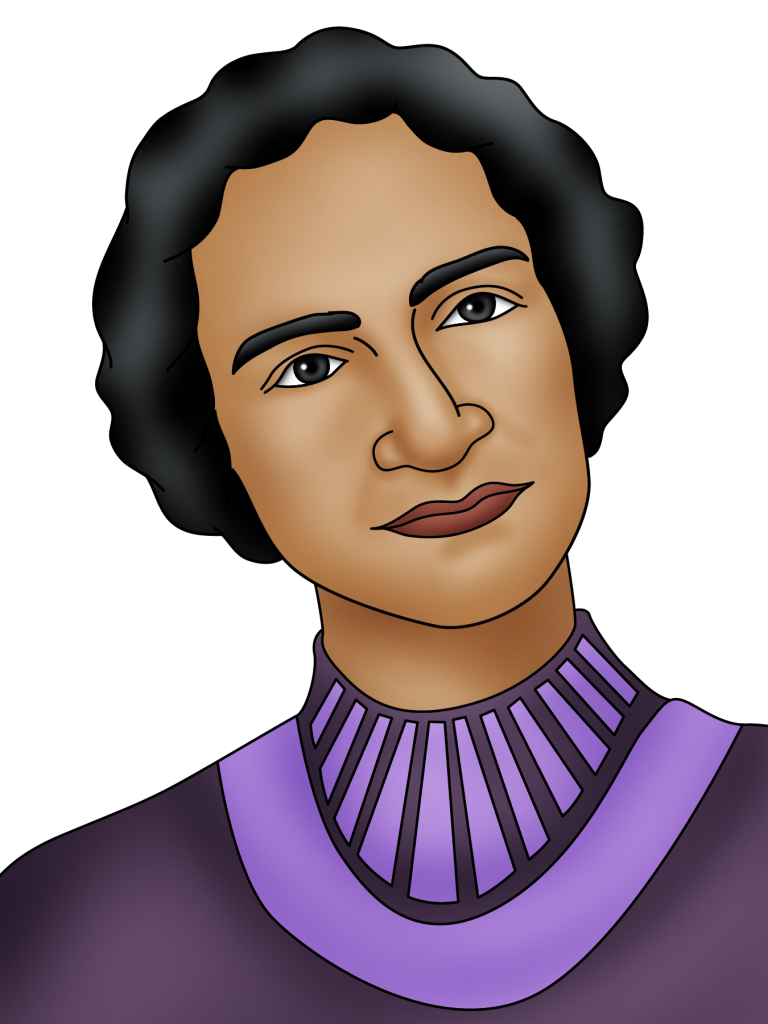 Known for: Being a famous African American female historian.

She was the first African American woman to write about ancient Africa.

She founded the MacAlester Seminary for Girls.

An award in her name was founded for Black female historians.

Lift up your heads, downtrodden and discouraged Ethiopians, and listen to this marvelous story told of your ancestors who wrought mightily for mankind and built the foundations of civilization true and square in days of old.

Drusilla Dunjee Houston was famous for writing about the history of Black people. Her most important book was Ethiopians of the Ancient Cushite Empire: Marvellous Facts of Authentic Records. This book had lots of different volumes.

Houston wrote about where African American people came from, to show that Africa has an amazing history. During Houston’s life, history was usually about white people and their background, so her work was very special. There was a myth at the time, which said that African people had no important history of their own, so Houston wanted to show this was wrong.

Houston wrote a lot of newspaper articles as well as books. She wrote nearly 3000 articles, which were read by a lot of people. She also helped to start the National Association for the Advancement of Coloured People (NAACP) which still exists today.

The most important thing that Houston wrote in her work, was that Black African people had a big influence on the ancient world, which was often thought to be shaped by white people in the past. Her work is still very important, and is used by a lot of historians today.