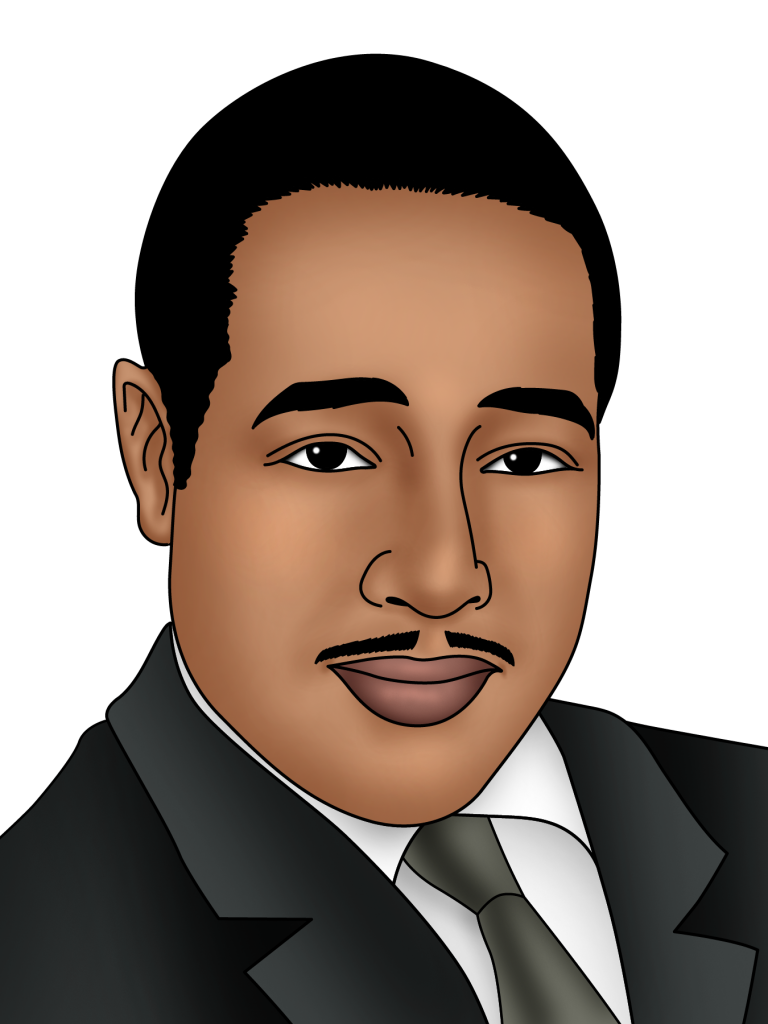 Known for: Being a jazz pianist.

He’s been given fourteen Grammy awards, including three after he died.

He’s had a star on the Hollywood Walk of Fame since 1960.

A problem is your chance to do your best.

Edward ‘Duke’ Ellington was a composer, pianist, and leader of a jazz orchestra. Both his parents were pianists and at age seven, Edward began taking piano lessons. His childhood friends noticed that his casual, offhand manner and stylish dress gave him the air of a young nobleman, so they began calling him ‘Duke’.

He dropped out of high school in his junior year in 1917 to pursue music. At first, he performed in bands in the Washington D.C. area. In September, 1923, The Washingtonians, a five-piece group which he was a member of, moved permanently to New York, where they gained a residency in the Times Square venue, The Hollywood Club (later The Kentucky Club). They made their first recordings in November 1924, and recorded songs for many different companies under a variety of different bands.

Duke won fourteen Grammy awards, including three after his death. He was also awarded a star on the Hollywood Walk of Fame in 1960.

The group gradually increased in size and Duke became their leader. Duke’s band toured throughout the U.S. and Europe over the next forty years. They had many hit records, including Cocktails for Two, It Don’t Mean a Thing if it Ain’t Got That Swing, and Sentimental Lady. Duke also wrote music for movie soundtracks, and even appeared in the 1959 film Anatomy of a Murder.

How did Duke’s move to New York impact his career?