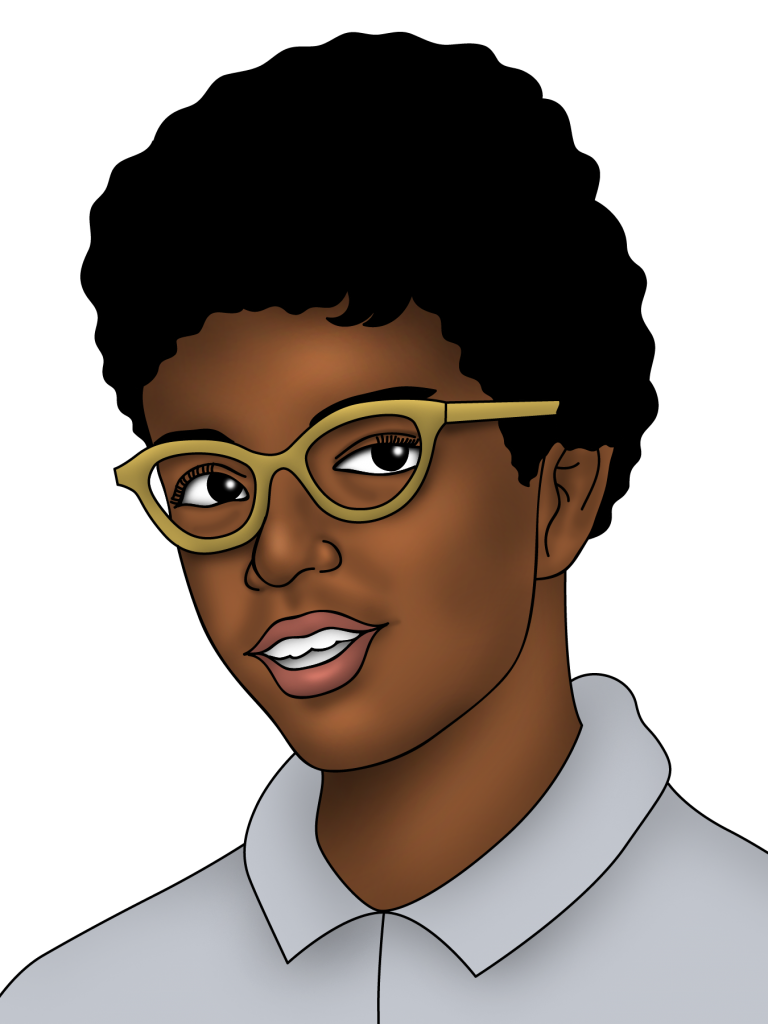 Known for: Civil Rights Leader - She was among the Little Rock Nine.

Eckford was a symbol in the fight against racism in the U.S.

A bench across from the school marks the spot where Eckford sought refuge.

She was awarded the Congressional Gold Medal by President Clinton.

Elizabeth Eckford made history in 1957 when she, and eight other students, were accepted into Little Rock Central High School as the first Black students after the law for desegregating schools was passed. Before this, children were forced by law to attend school based on their colour, so white children went to a different school from Black children.

Eckford turned up alone to try and enter the school. The other eight students had been called the night before, warning them about planned protests and a blockade by the National Guard. However, Eckford’s family did not get the message to stay away, because they had no house phone. Eckford arrived alone, only to be met by angry, screaming parents and children who did not want her to go in. A picture of Eckford looking terrified was sent around the world as she faced the mob; she became the face representing the struggle for equal rights for education.

The President was so affected by this picture, he sent in troops to escort the children to and from school. The state Governor was furious, and Eckford was not able to graduate. However, she took correspondence courses and finished high school, then went on to earn a degree in history from Central State University.

She later worked with the US army, wrote newspaper articles, and taught history. In 2018, she was invited to New Zealand to teach students a course in American civil rights.

She eventually wrote a book about her experiences at Little Rock. It is called The Worst First Day: Bullied While Desegregating Little Rock Central High.