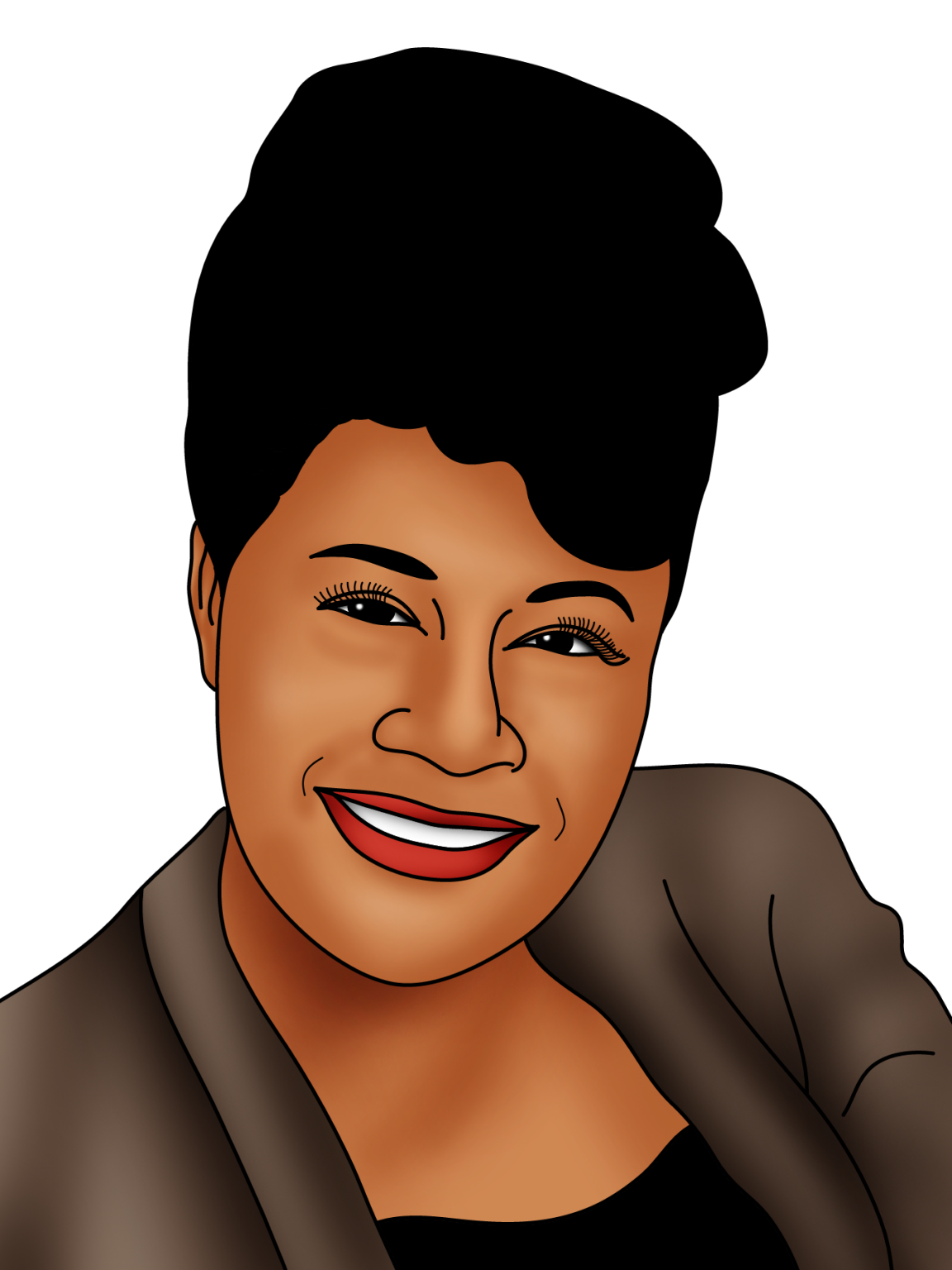 She recorded over 200 albums and sold over forty million records.

She was the U.S.’s most popular female jazz singer for over fifty years.

Just don't give up trying to do what you really want to do. Where there is love and inspiration, I don't think you can go wrong.

Becoming the Queen of Jazz

Ella Jane Fitzgerald was an American jazz singer, sometimes referred to as the ‘First Lady of Song’, ‘Queen of Jazz’, and ‘Lady Ella’. She was known for her pure tone, diction and amazing voice.

Fitzgerald’s first big performance was at the famous Apollo Theatre in Harlem, New York. Once on stage, a nervous Fitzgerald made the last-minute decision to sing. She asked the band to play Hoagy Carmichael’s Judy, a song she knew well. She quieted the audience, and by the end of the song, they were demanding another performance. She then sang the Boswell Sisters’ record, The Object of My Affections.

Fitzgerald began entering (and winning) every talent show she could find. In January 1935, she won the chance to perform for a week with Tiny Bradshaw and at the Harlem Opera House. It was there that she first met drummer, and bandleader, Chick Webb. She was a major success, and Chick hired her to travel with his band.

Fitzgerald became the most popular female jazz singer in the U.S. for more than half a century. In her lifetime, she won thirteen Grammy awards and sold over forty million albums. She performed at top venues all over the world and her audiences were as diverse as her vocal range.

By the 1990s, Fitzgerald had recorded over 200 albums. In 1991, she gave her final concert at New York’s renowned Carnegie Hall. It was the 26th time she had performed there.