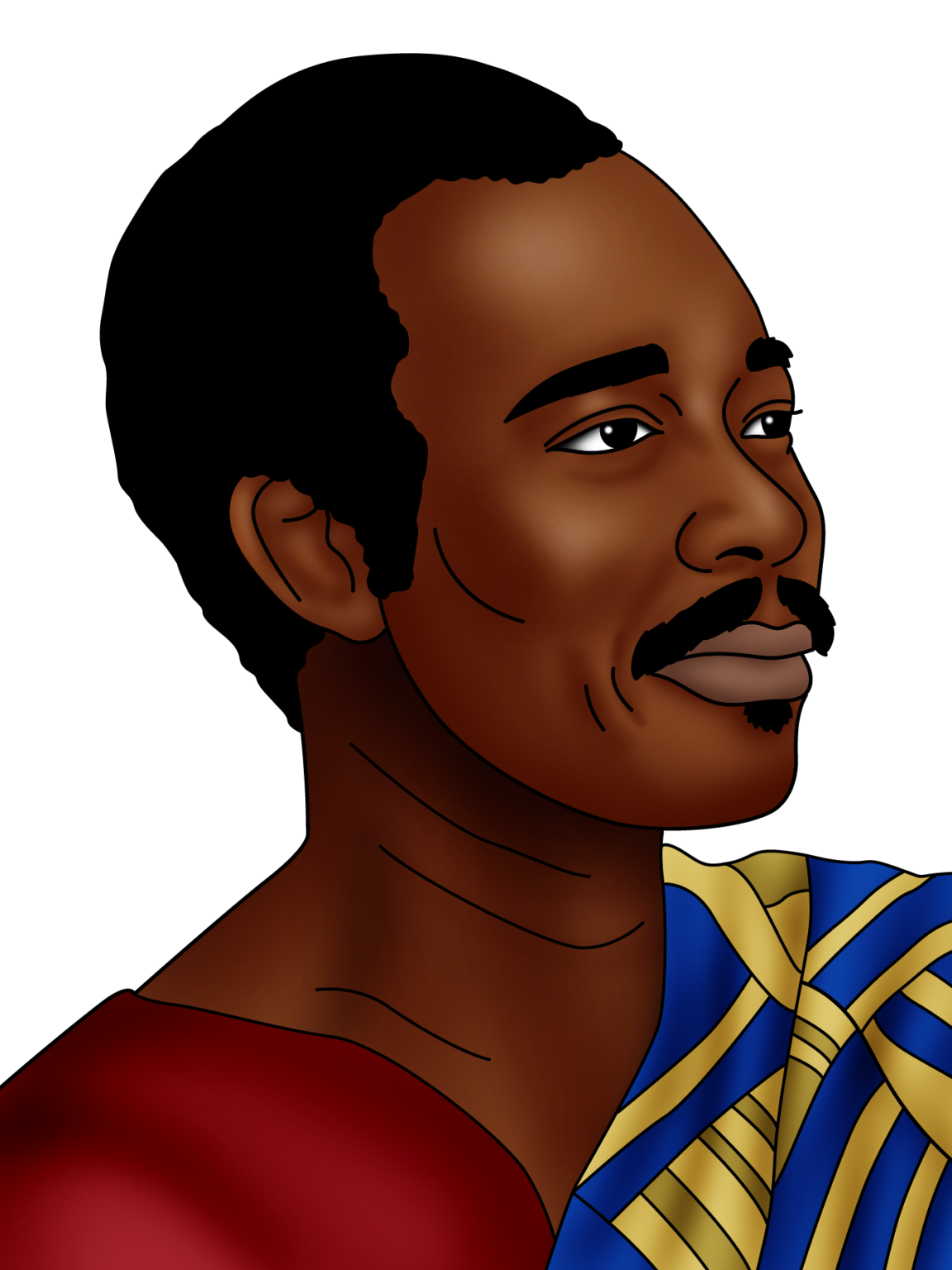 Known for: Being ‘the father of modern music highlife’.

In 1943, E.T. Mensah graduated as a qualified pharmacist.

He was one of the founding fathers of African popular music.

He was awarded an honorary doctorate for his African musical influence.

Emmanuel Tettey ‘E.T.’ Mensah is considered the undisputed ‘King of Highlife’. He was one of the founding fathers of African popular music. His career stretched from the early 1930s to the late 1980s, and his music reached beyond Ghana to all corners of Africa and Europe.

Mensah was a natural musician, whose talent was spotted at school by teacher Joe Lamptey. When Lamptey formed the Accra Orchestra in the early 1930s, Mensah joined as a piccolo player. He soon moved on to the  saxophone, and also learned to play organ, and trumpet. After leaving school, he teamed up with his brother Yebuah and the influential jazz drummer Guy Warren (Kofi Ghanaba) in the Accra Rhythmic Orchestra.

European dance music was the trend, but during World War II, musicians picked up new developments from Black American and West Indian comrades who were stationed in Ghana (known as the Gold Coast back then). There were also ex-professional European musicians in the Allied forces, and Mensah also joined Sergeant Jack Leopard and the Black and White Spots.

Mensah’s contribution to Ghanaian and African heritage has never been forgotten. In 1989, he was formally honoured with the title Okunini (‘very famous man’) for his contribution to the country’s culture. He was also awarded an honorary doctorate for his influence in African music.

Why is he described as the King of highlife? In your own words, how have his efforts been recognised?