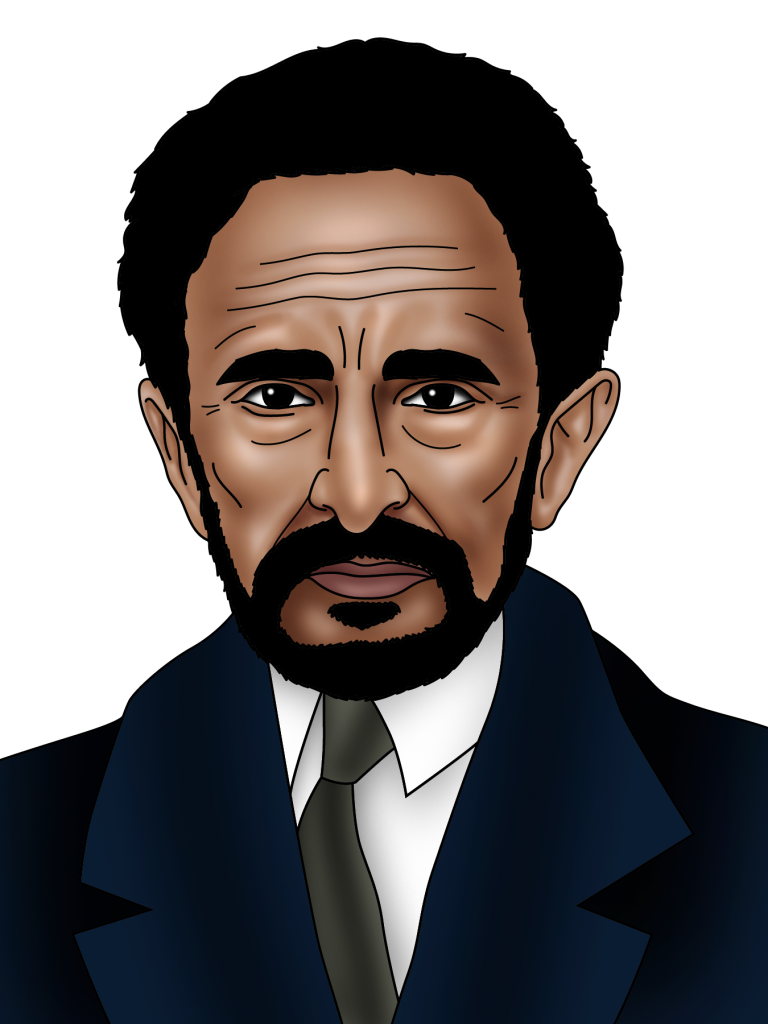 Known for: Modernising his country of Ethiopia.

Selassie modernised Ethiopia and joined it to the United Nations.

Today, he is revered as a god in the Rastafarian religion.

Some religions trace his lineage back to King Solomon.

If a strong government finds that it can, with impunity, destroy a weak people, then the hour has struck for that weak people to appeal to the League of Nations to give its judgment in all freedom. God and history will remember your judgment.

Haile Selassie, also known as Ras Tafari, ruled as the emperor of Ethiopia from 1930 to 1974. He was famous for modernising Ethiopia both before and after World War II, and taking it into the League of Nations (now the United Nations). Another of his outstanding achievements was his help to set up the Organisation of Africa Unity.

Haile Selassie came to power after Lij Yasu, the then Emperor, who had become unpopular due to his leaning towards Islam (the majority of the population in Ethiopia was Christian). The former King Menilek II’s daughter, Zauditi, succeeded Lij Yasu, and Ras Tafari was named as regent to the throne. When Zauditi died, he became the Emperor and took the name Haile Selassie.

He continued his work of developing his country, and was known for his strong resistance to the Italians, who wanted to invade Ethiopia. Although he was exiled for several years, he was finally reinstated and continued his work. However, problems broke out at home, and in 1974 he was overthrown by some of his own people and kept under house arrest until his death in 1975.