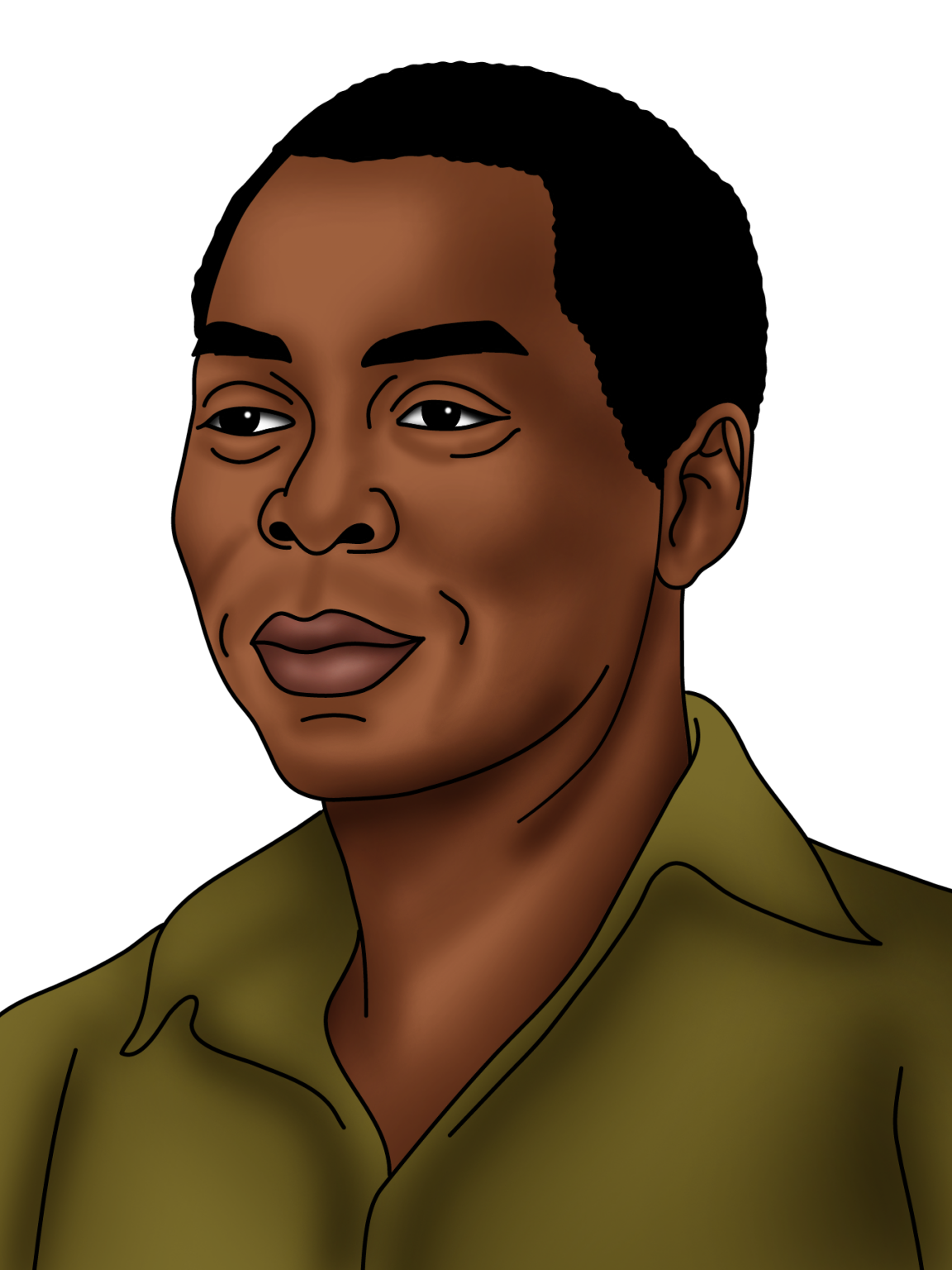 Known for: Being one of Africa’s best musicians, and an activist who pioneered Afrobeat music.

Fela Kuti studied at London’s Trinity College of Music in the 1950s.

He pioneered and popularised his own style of music – 'Afrobeat'.

Around one million people attended his funeral procession.

I must identify myself with Africa. Then I will have an identity

As a child, Kuti learned piano and drums, and led his school choir. In the 1950s, Kuti told his parents that he was moving to London, England, to study medicine, but ended up attending the Trinity College of Music instead. While at Trinity, Kuti studied classical music, and learned about American jazz.

In 1963, Kuti formed a band called Koola Lobitos. He would later change the band’s name to Afrika 70, and again to Egypt 80. Beginning in the 1960s, Kuti pioneered and popularised his own unique style of music called ‘Afrobeat’. Afrobeat is a combination of funk, jazz, salsa, Calypso, and traditional Nigerian Yoruba music.

In 1989, three years after touring the United States, Kuti released an album called Beasts of No Nation. The album cover portrayed world leaders Margaret Thatcher and Ronald Reagan (among others) as cartoon vampires baring bloody fangs. Rebelling against oppressive regimes through his music came at a heavy cost to Kuti, who was arrested by the Nigerian government 200 times, and was subject to numerous beatings that left him with lifelong scars.

Kuti was a polygamist and in 1978, married his 27 female backup dancers in a single wedding ceremony. In 1979, he formed a political party called the Movement of the People, and ran (unsuccessfully) to become the president of Nigeria. When Kuti died in 1997, at the age of 58, roughly one million people attended his funeral procession.

Which profession did Kuti swap for music? In your own words, how would you describe Kuti? Why?