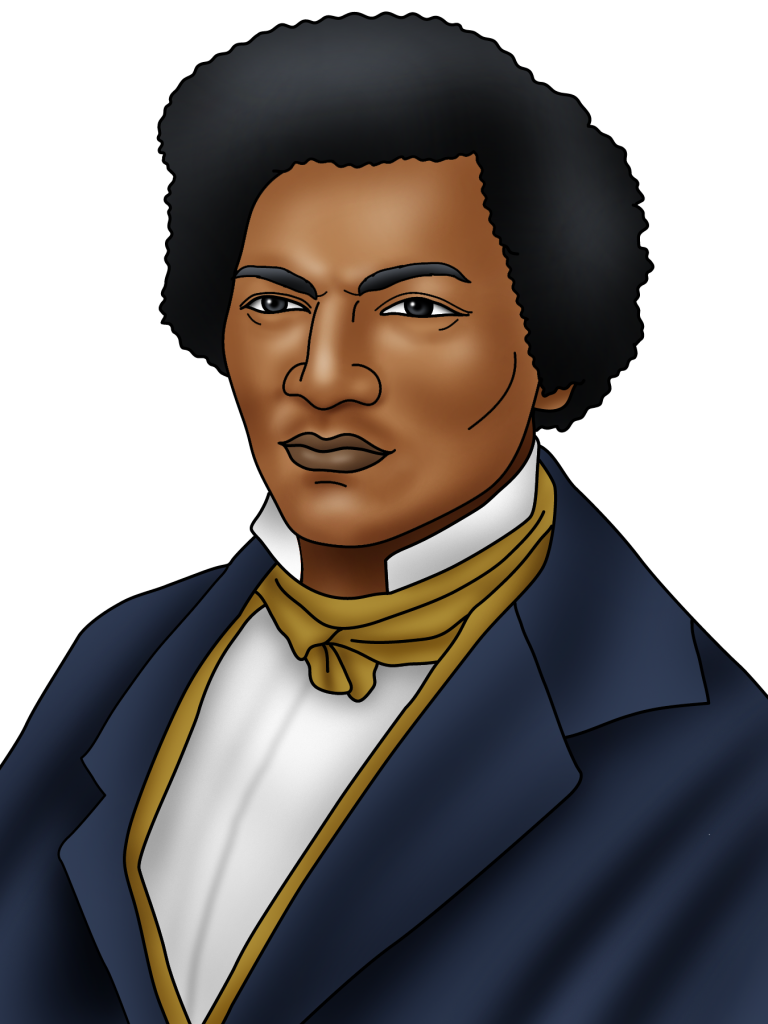 Known for: Being an abolitionist and writer who fought against the enslavement of people.

Douglass was a leading figure in the fight against the enslavement of people.

He was the first Black man to be appointed a US Marshall.

He wrote many books and gave many speeches against the enslavement of people.

Born in Maryland as an enslaved person, Frederick Douglass’s owner sent him to Baltimore to work when he was eight years old. While he was there, he learnt how to read, which was against the law at the time for Black people. He offered white children bread for them to teach him to read. His master’s wife also taught him, but stopped after her husband forbade her to do so.

Douglass taught other enslaved people to read too, until their masters stopped him. Douglass tried to escape slavery several times. With the help of his first wife, he eventually disguised himself as a sailor and escaped to New York. There he used his reading, writing, and speaking skills, to speak out against the enslavement of people.

Douglass joined the abolitionist movement, and travelled all over the U.S. telling his story and persuading large audiences to end slavery because of its cruelties and injustices. He wrote three autobiographies, gave numerous speeches, and published the first anti-slavery newspaper. Douglass also supported women and Black people’s right to vote. He lived through five presidents in the White House and was advisor to some of them. When the American Civil War broke out, Douglass encouraged Black soldiers to join the fight, and two of his sons joined the army.

Douglass was described as the most photographed man in the 19th century because his pictures appeared in public so often. It is also reported that he was nominated for Vice President of the U.S., although without his consent.