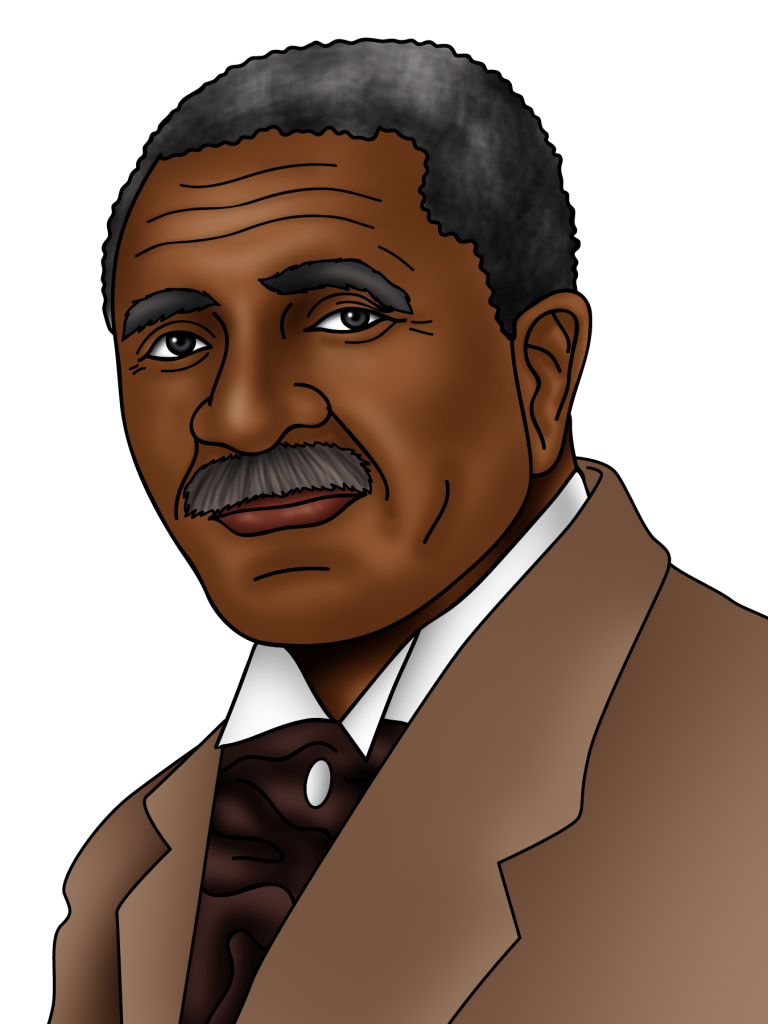 Known for: Inventor and scientist

Carver was the most famous Black scientist of his time.

His work won many awards and improved life for farmers.

His National Monument was the first ever for an African American.

Education is the key to unlock the golden door of freedom.

George Washington Carver was interested in plants from a young age. He went to Iowa State Agricultural College, and eventually became head of the agriculture department at the Tuskegee Institute in Alabama.

Before Carver’s time, Southern farmers in the United States grew very few crops other than cotton, a plant that wore out the soil. Lots of farmers were suffering because the soil was bad, and they could not grow their plants. Carver tried to get them to switch to peanuts, soybeans, and sweet potatoes, which were better for the soil and healthy to eat.

Carver spent his career trying to improve life for farmers in the U.S. His favourite plant was peanuts, as it could be made into hundreds of things like paper, soap, cooking oil, and sauces. Because of his love for peanuts, he was sometimes called the “Peanut Man”. His discoveries also included sweet potatoes, pecans, and soya beans.

Some scientists criticised his ideas, while some African Americans were disappointed, because he did not speak up in public on race issues. Despite this, he was very well respected and lots of governments from other countries asked for his help to make their farming better. In 1940, he donated all of his money to the Carver Research Foundation to continue his work as he became too old to continue his research himself.

What was Carver interested in ever since he was a child? What did Carver want farmers to grow? What did farmers mostly grow in the South of America before Carver told them to grow different plants?