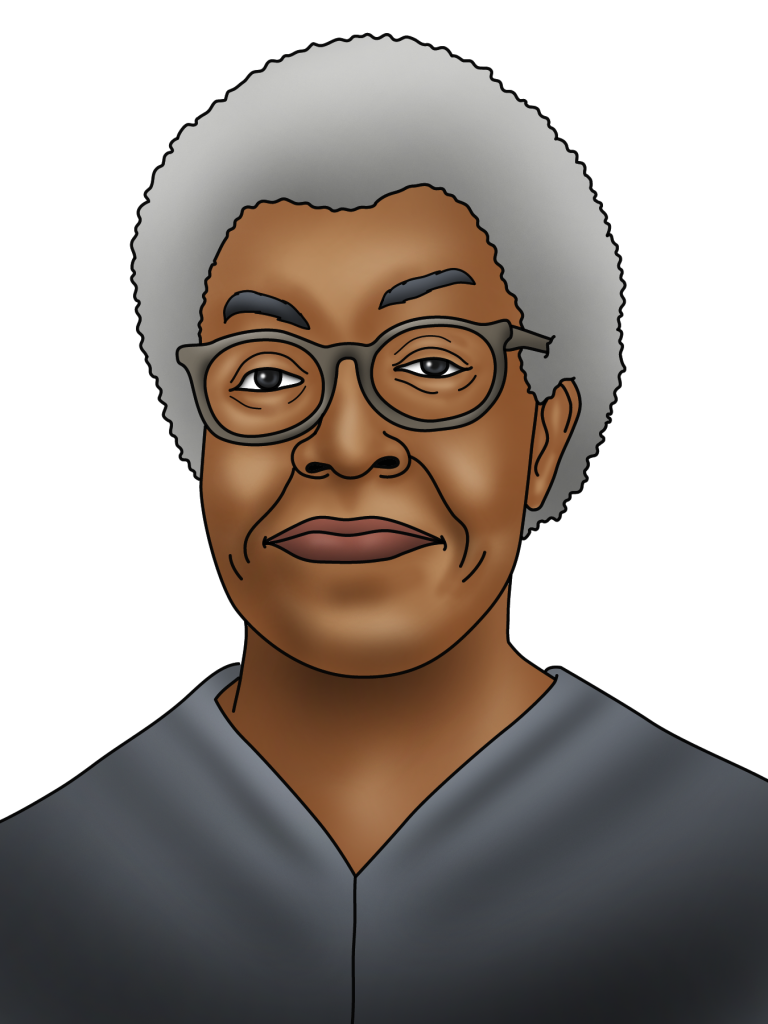 Known for: Being a poet, author, and teacher.

She won a Pulitzer Prize for poetry in 1950.

She was inducted into the American Academy of Arts and Letters.

She was inducted into the American National Women’s Hall of Fame.

Art hurts. Art urges voyages - and it is easier to stay at home.

Gwendolyn Elizabeth Brooks was born in Topeka, Kansas in the United States. Her family moved to Chicago when she was young. She is famous for being a poet, author, and teacher. Her work is all about the everyday life of Black people in cities in the U.S. It is based on her own life and what she saw in the community around her.

Brooks’s father was a janitor and her mother was a school teacher and classical pianist. It is believed that her grandfather was an enslaved person, and escaped to fight in the American Civil War. Brooks finished at Wilson Junior College in Chicago, in 1936. After college, she worked at the National Association for the Advancement of Colored People (NAACP).

Most of Brooks’s earliest writing at age seventeen was in the Chicago Defender. This was a newspaper mostly for the African American community in Chicago. Her first published collection of poetry was printed in 1945, titled A Street in Bronzeville. It was about where she lived, and her neighbours.

Another set of poems was called Annie Allen (1949). For this, she won the famous award, the Pulitzer Prize. This was about an African American girl’s experiences growing up in Chicago. Brooks is remembered as one of the most famous and important Black female poets in American history. She sadly died in her home in 2000, at age 83. She kept writing and publishing work into her 80s.