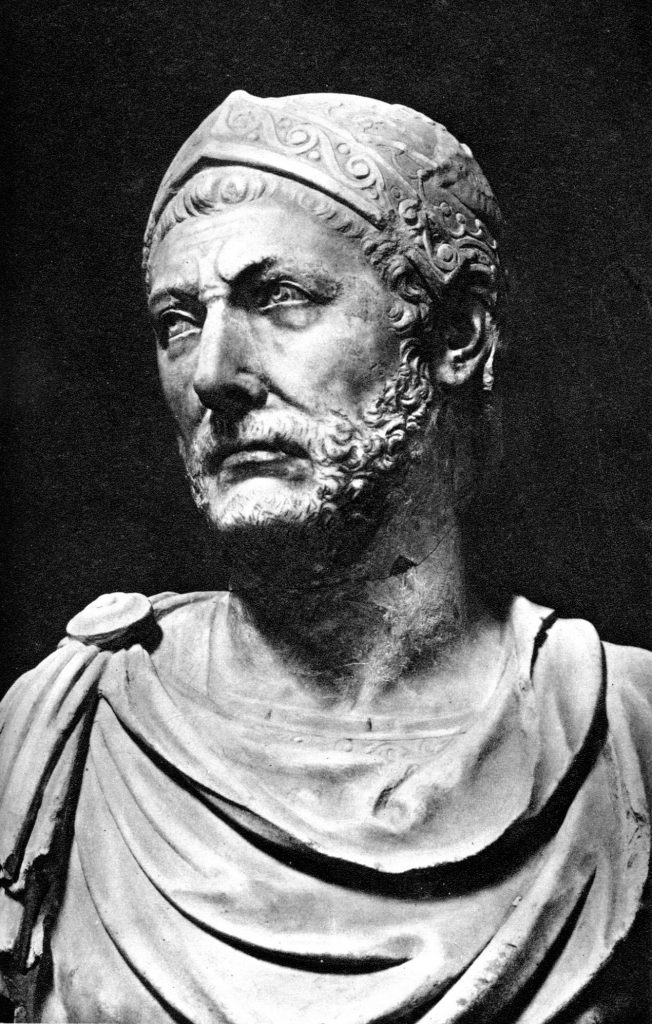 He led the war against Rome in Italy for fifteen years.

He is remembered as one of the greatest generals in history.

I will either find a way, or make one.

When Hannibal was born, the empires of Carthage and Rome were the two most powerful forces in the Mediterranean. They were at war with each other – known as The Punic Wars – but once the wars had ended, one would grow stronger, and the other would become less powerful.

Hannibal was the son of the great Carthaginian general, Hamilcar Barca. When his father died, and up until his own death, Hannibal’s life was all about the role he played in the war. It was after the death of his father that he became a talented officer and soldier. The army made him commander at the age of 26, a decision that was supported by the Carthaginian government.

As commander, Hannibal crossed the Alps with a huge army that included elephants. He led the war in Italy for fifteen years and was so powerful that most of the country feared him. He came very close to defeating them once and for all.

He was finally defeated at the battle of Zama by the Roman general Scipio Africanus, whose plan to attack Carthage forced Hannibal to return to Africa to defend his homeland. The defeat of the Carthaginians meant that they were now controlled by the Romans, and Carthage never recovered from this defeat.

Hannibal continued his fight against Rome, serving in the armies of Syria and Bithynia, before finally poisoning himself in Bithynia – a final act of defiance against the Romans who wanted him captured alive. He is known as one of the greatest generals in history.

Why was Hannibal considered a great military leader? What challenges did Hannibal face during his rule? What was Hannibal’s greatest achievement and why?