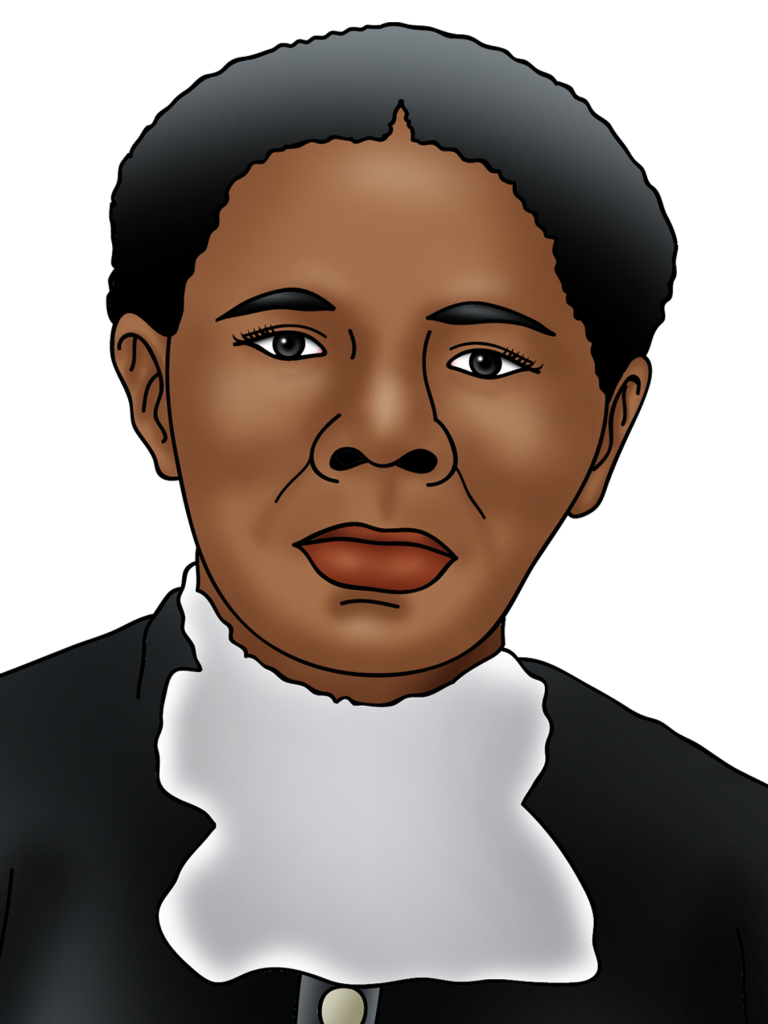 Known for: Being a civil rights activist and leader in the Underground Railroad.

Tubman not only escaped slavery, she led many others to freedom too.

She was the first Black person to serve in the U.S. army.

Her life mission was to free as many Black people as possible.

I was the conductor of the Underground Railroad for eight years, and I can say what most conductors can't say; I never ran my train off the track and I never lost a passenger.

During Harriet Tubman’s early life, she witnessed and experienced a lot of hardship. One of her most painful memories was being separated from her entire family as they were sold to other plantation owners.

In 1849, Tubman escaped and headed to Philadelphia where slavery was forbidden. Now free, she made it her mission to help as many other enslaved people to escape as possible, including her family. She worked with the Underground Railroad, which had hidden routes, homes, and businesses that allowed enslaved people to move from one place to another undetected, until they got to freedom either in the north or in Canada. The records say she guided at least 300 people, including her family members, to freedom.

During the American Civil War, Tubman was the first woman to lead an armed group in the Combahee River Raid, which freed over 700 enslaved people in South Carolina. She devoted her life to rescuing enslaved people and leading them to freedom. She was often referred to as “Black Moses” because she led so many to freedom. In her later years, she raised funds to improve the lives of the freed people, advocated for the movement for women’s right to vote, and set up a home called the Harriet Tubman Home for the Aged on her own land.

As well as her work helping to free enslaved people, Harriet also worked as a nurse and spy in the American Civil War between 1861-1865. Tubman served as a cook for the Northern troops during the Civil War, and she is regarded as the first Black person to serve in the US army. Tubman made it her life mission to spread emancipation across the whole of the United States.