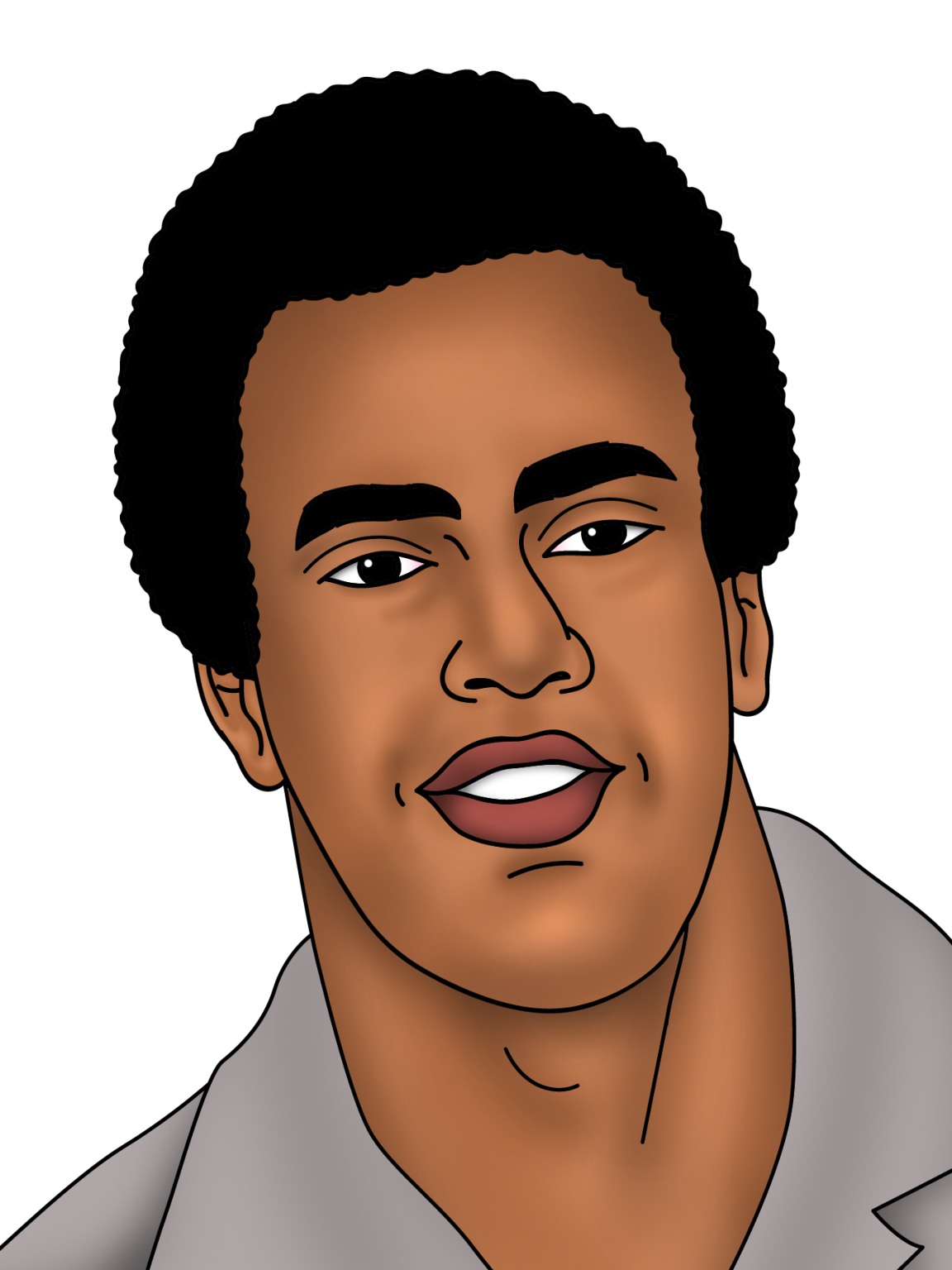 Known for: Being an African American political activist, and a founder of the Black Panther Party.

He campaigned for the first Black History course at his college.

Newton co-founded one of the world’s most famous Black Power movements.

At sixteen, he taught himself to read; at 38 he became a doctor of philosophy.

My fear was not of death itself, but a death without meaning.

Huey Percy Newton had a difficult time at school, but he taught himself to read. He graduated from Merritt College, in Oakland, California, and went on to law school.

While at college, Newton met Bobby Seale. Newton and Seale created the Black Panther Party for Self Defence, because African Americans in Oakland were often victims of police violence and harassment. Seale was chairman, and Newton was the minister of defence. The group had a number of goals which were set out in a what they called the ‘Ten-Point Programme’. This included the need for better housing, jobs, and education for African Americans. It also called for an end to people taking advantage of the financial limits of the Black people within the community at the time.

The Black Panthers also did a lot of charitable things, like setting up a children’s breakfast programme and free health clinics.

Some people saw the Black Panthers as violent. Local and federal police targeted them, and in some cases, arrest them for no reason. In 1968, Newton was found guilty of killing a police officer. By 1970, he was found innocent again and released from prison.

In 1971, Newton decided that the Black Panthers would be nonviolent. They would focus on charity, and looking after the African American community.

Newton was given a Ph.D. in social philosophy from the University of California at Santa Cruz in 1980. The Black Panther Party broke apart in 1982.