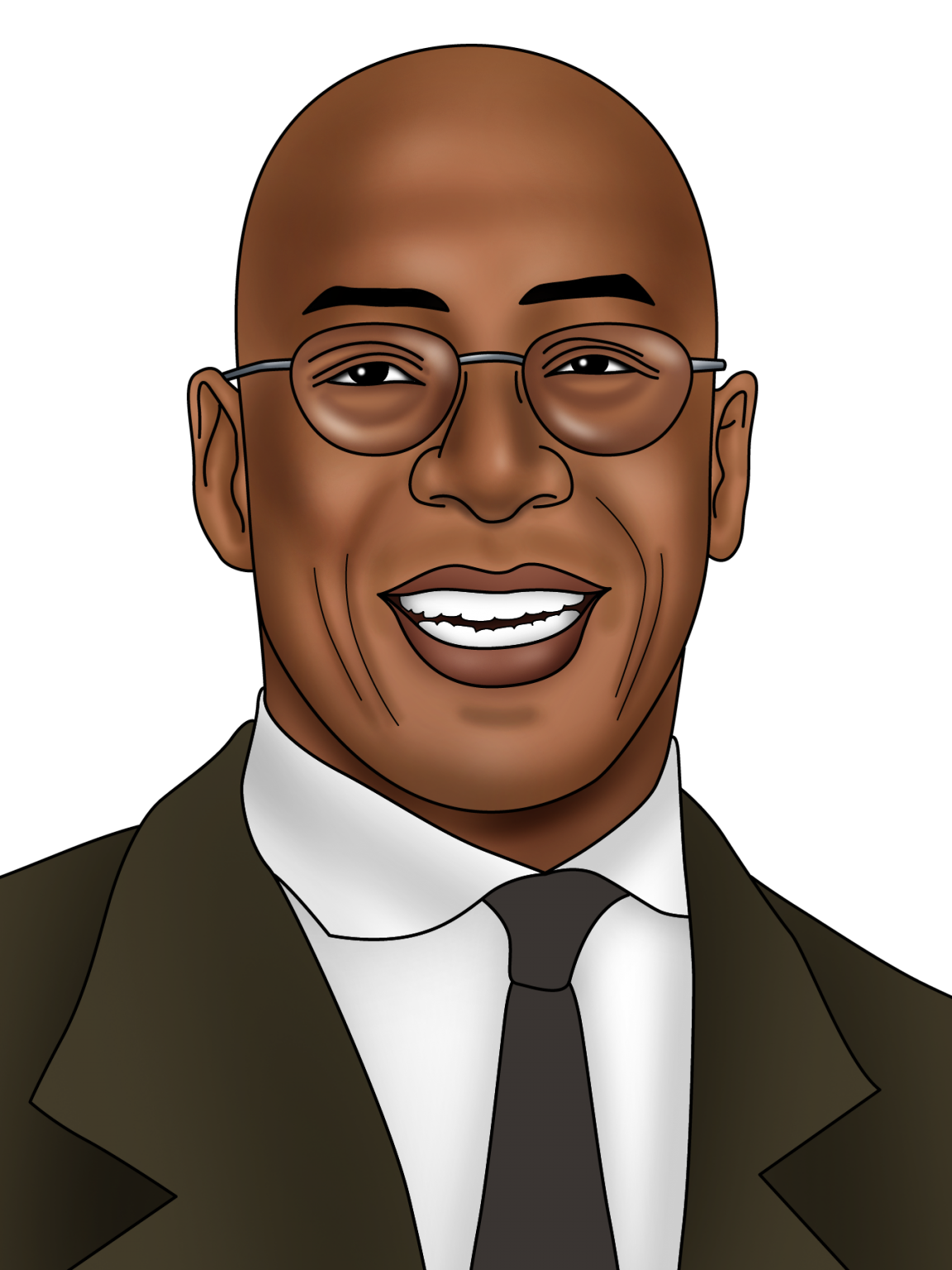 Known for: Being a professional footballer and TV presenter.

Wright was awarded an MBE shortly after he retired from football.

He is Arsenal’s second-highest goal scorer of all time.

He scored nine goals for England during his career.

I was ready to work hard, and do whatever it took.

Born in Woolwich, London, Ian Wright grew up to be one of Arsenal football team’s greatest players. Wright’s dad left when he was young, and he had a rocky relationship with his stepfather. Inspired by his teacher, the late Sydney Pidgeon, he decided to try out for football teams at the age of fourteen. Unfortunately, he was rejected.

After a brief stint in prison for a minor crime, Wright doubled his efforts to become a professional footballer. He became semi-professional with Greenwich Borough in 1985. He rose quickly through the ranks, being promoted at record speeds. He moved from Crystal Palace in 1985 to Arsenal in 1991.

Wright helped Arsenal win many tournaments, including two FA Cups, one League Cup, one European Cup-Winners’ Cup, and a Premier League title. Later, he went on to help many other teams, like West Ham, in the Premier League. He had a very long and successful football career. Wright is Arsenal’s second highest scorer of all time, and Crystal Palace’s third.

Since retiring from football, Wright has presented on a variety of television and radio shows, including appearances on sport shows like Match of the Day. Wright has also hosted many documentary-style shows, such as Football Behind Bars, about his programme to help socialise men in prison by providing them with football coaching.

When did Ian Wright join Arsenal football team? What was the name of the TV show on which Ian Wright helped socialise men in prison? For which team is Ian Wright the second-highest scorer of all time?