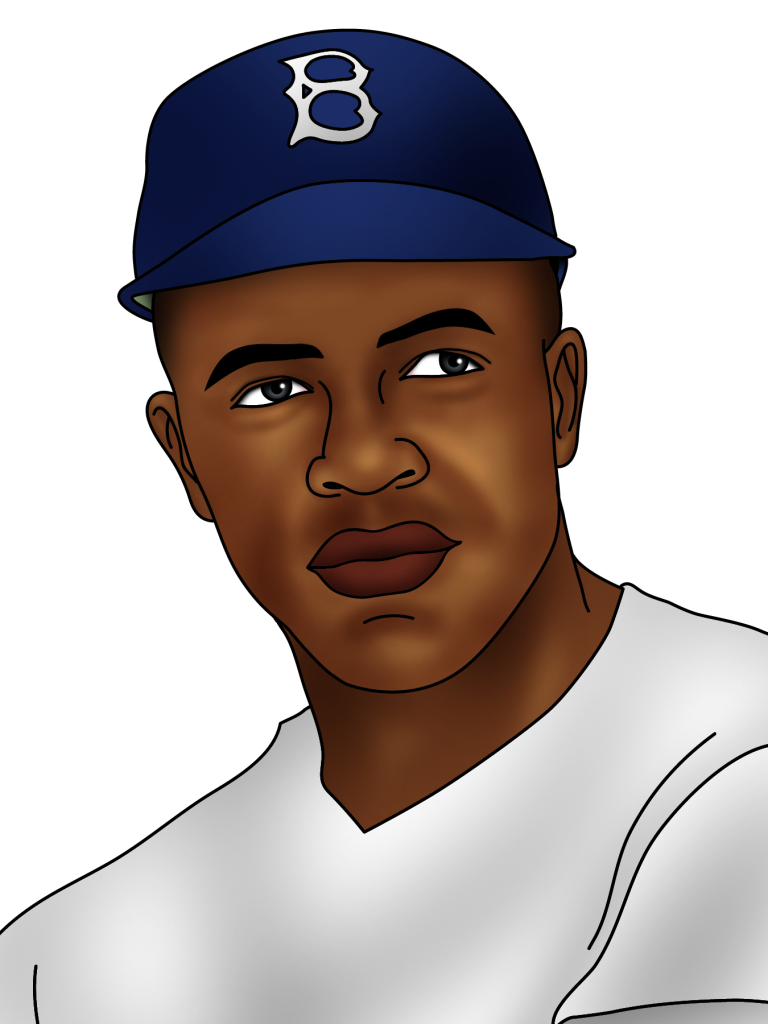 Jackie Robinson had 1,518 hits in his career.

In 1947, Robinson broke the decades-old “colour line” of Major League Baseball when he appeared on the field. He was playing for the National League Brooklyn Dodgers.

Robinson played himself in the biographic film The Jackie Robinson Story.

"A life is not important except in the impact it has on other lives."

Jack Roosevelt Robinson was born 31st of January, 1919, in Cairo, Georgia. He grew up in Pasadena, California. He was a star athlete in football, basketball, track, and baseball at the University of California at Los Angeles. From 1942 to 1945 he served in the U.S. Army. After leaving the Army Robinson played baseball for the Kansas City Monarchs. The team belonged to the Negro American League. At that time only white players were allowed in the major leagues.

Branch Rickey, president of the Brooklyn Dodgers, was interested in making big league baseball open to black players. He knew that the first African American brought into the majors would have to be very special. When Rickey met Robinson, he knew he had found the right person:

Although Robinson played well, things were not always easy. Players and people in the crowd often shouted hateful things at him. Pitchers sometimes threw the ball at him on purpose. But Robinson refused to quit.

Robinson helped the Dodgers win six National Leagues and one World Series title. He retired from baseball in 1957.

Robinson then became a businessman and worked for civil rights. In 1962 he became the first black player in the Baseball Hall of Fame.

In 1997 Major League Baseball honoured Robinson by retiring his number 42 jersey. No other major league player can wear that number.