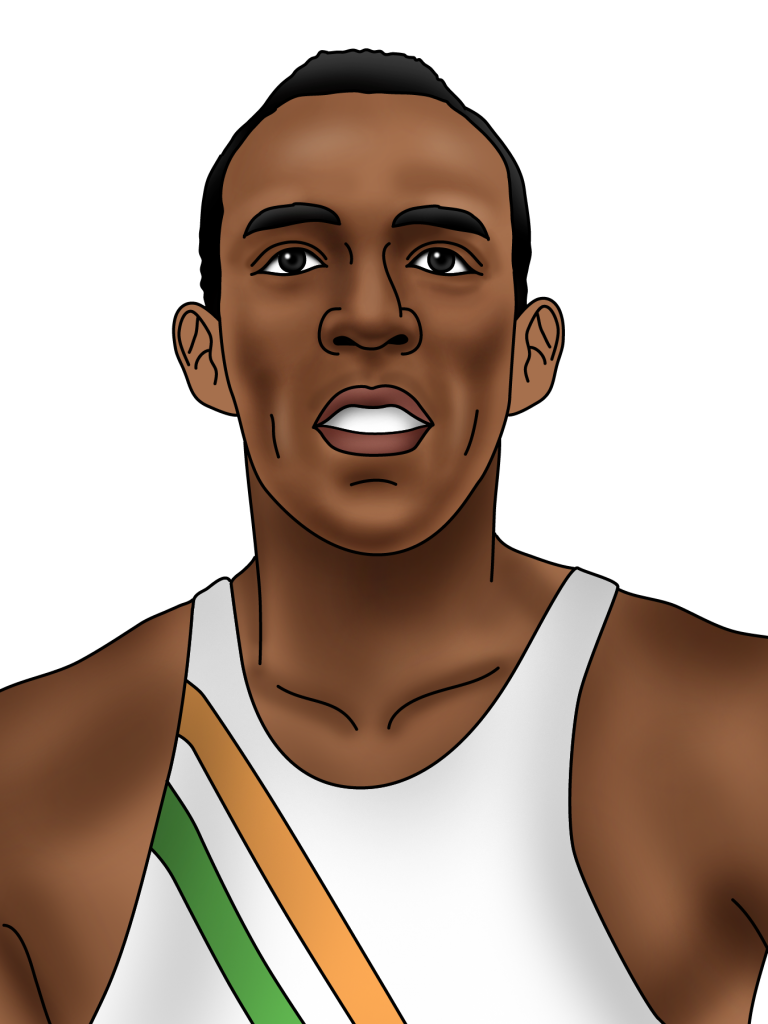 Known for: Being a gold medallist in track and field events at the 1936 Berlin Olympics.

Owens's nickname was ‘The Buckeye Bullet’, after his university track team.

He is recognised as one of the most famous runners of all time.

The battles that count aren't the ones for gold medals. The struggles within yourself — the invisible, inevitable battles inside all of us — that's where it's at.

Jesse Owens was brought up in a poor family. To help them earn money for food, he picked cotton. His talent for track and field was first recognised at high school.

After finishing school, Owens attended Ohio State University. Despite his talent, he experienced segregation, and had to live in accommodation off-campus which was only for African Americans. In 1935, Owens dominated athletic competitions. He competed in 42 events and won them all!

The 1936 Olympics were held in Germany, which was ruled by Adolf Hitler, the leader of the Nazi Party. Hitler was largely responsible for WWII and believed that the Aryan race and German population were superior to others. He intended to use the Olympics to prove this, and was prejudiced against Black people. Despite this, Owens won four gold medals (for the 100m, 200m, long jump and 4 x 100m relay) and broke two Olympic records!

Sadly, when Owens returned, he still faced prejudice and segregation. He was not met by the President, an honour usually given to Olympic champions. With no sponsorship opportunities after the Olympics, Owens was forced to earn money doing stunts, like racing against horses. Owen’s achievements were recognised properly in 1976, when he was given the Presidential Medal of Freedom by President Ford.