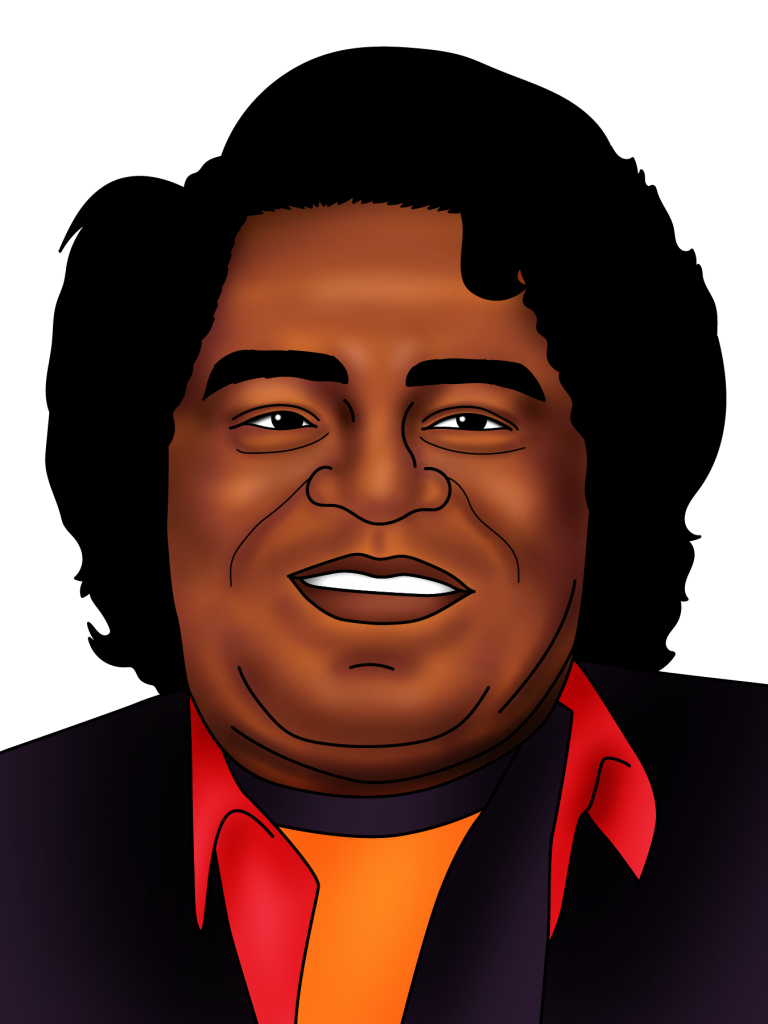 Known for: Being a singer and musician, known as the ‘Godfather of Soul’, and the ‘hardest working man in showbusiness’.

James Brown joined an R&B vocal group in prison in 1955.

I want to say to you, help yourself, so you can help someone else.

Brown was not from a wealthy family. He left school when he was in sixth grade, and began to focus on music to help pay his bills. Brown was sent to prison when he was a teenager.

Whilst in prison, Brown led a prison gospel choir. In prison, he met Bobby Byrd, an aspiring R&B singer and pianist, forming a friendship and musical partnership. In 1955, Byrd invited Brown to join his R&B vocal group. He accepted, and quickly came to dominate the group. They moved to Georgia, where they performed at local nightclubs.

After a string of hits, Brown toured relentlessly. He performed most nights throughout the 1950s and 1960s, and his concerts left audiences in raptures. Brown mastered and performed whatever dances were popular at the time, and often improvised his own. He demanded perfection from his backup singers and musicians.

In the mid-1960s, Brown also began devoting energy to social causes. In April 1968, the day after Martin Luther King Jr.’s assassination, he gave a televised live concert in Boston, in an attempt to prevent rioting. His effort succeeded and the city largely avoided violence. A few months later he wrote and recorded Say It Loud: Black and Proud, a protest anthem that has unified and inspired generations.

Throughout the 1970s, Brown continued to perform and recorded several more hits. In total, he released over 130 albums, and 144 singles. Although his career declined in the late 1970s, he made a comeback with a performance in the classic 1980 film, The Blues Brothers. His 1985 song Living in America, which featured in the famous film Rocky IV, was his biggest hit in decades.