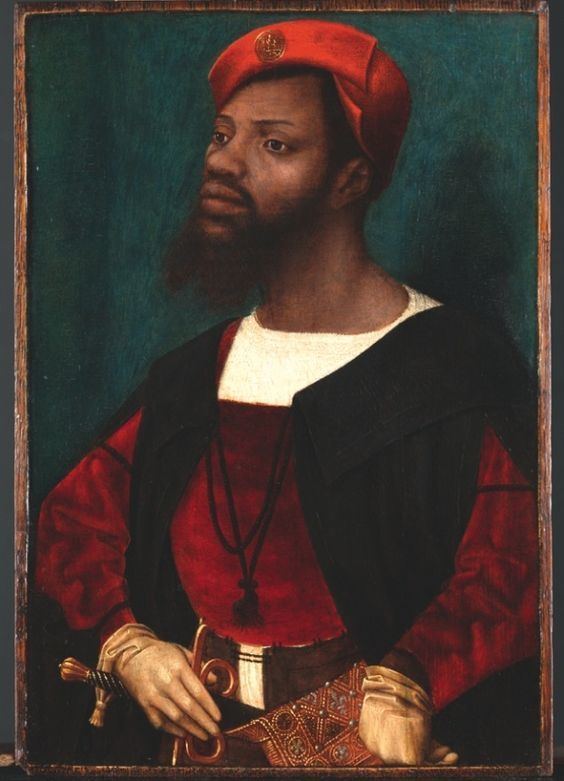 Known for: Musician who played Trumpet for the Royal Court during the Tudor times.

John Blanke earned 8d a day as Musician for the Royal Court. That was quite a good wage in the Tudor time and he even got a home and meals as part of his job.

When Henry VII died in 1509, Henry VIII came to the throne. To celebrate, there were lots of royal ceremonies. John Blanke was there too, playing his trumpet at the events, and he had to wear a special black outfit for the occasion.

Many years passed and John continued to play his trumpet for King Henry. One day, however, one of the other trumpeters died. His name was Domynck Justinian and he held a more senior position. John, knowing how talented he was, went directly to King Henry VIII and asked for a pay rise and for a promotion.

John continued to play the trumpet throughout his life, playing at many special celebrations for the Royal family, including the the birth of King Henry VIII’s son.

We don’t know a lot about John Blanke, but historians are doing research to find out more about him, and other Black Tudors

Did you know that John Blanke could ride a horse and play the trumpet at the same time? If you were in a Tudor band, what instrument would you like to play? What else do you think we might learn about John Blanke? If you could travel back in time for a cup of tea (or juice!) with John, what would you ask him?