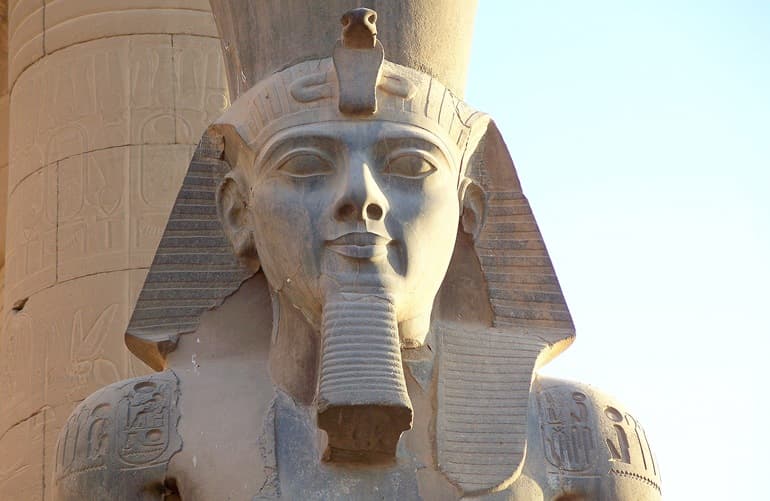 Known for: Fighting fierce battles to secure the borders of Egypt as a young pharaoh.

It is said that King Ramesses had around 1000 children.

He led the Egyptian army bravely and effectively as a pharaoh.

He became Ramesses the Great, and was eventually worshipped as a god.

Does a man not act to be acclaimed in his town, when he returns as one brave before his lord?

King Ramesses II was the third Pharaoh of the 19th family of Egypt. He is often seen as the greatest, and most powerful, of all the pharaohs of the New Kingdom. He is remembered for leading the Egyptian army bravely and effectively.

King Ramesses II became known as Ramesses the Great for his superior leadership in battle, and the conquest of many surrounding nations. He led many attacks against the Nubia, Syria, the Hittites, and others. His reign was marked by the expansion of Egypt and its prosperity.

He is credited with signing the first known international peace treaty between his kingdom and the Hittites. Besides this, he is remembered for his many construction works, which included the building of temples and images of himself and his children all over Egypt, some of which can still be seen today.

Do you think his achievements were more significant due to him being a young pharaoh? What mark did he leave on history that can still be seen today and does this impact his legacy?