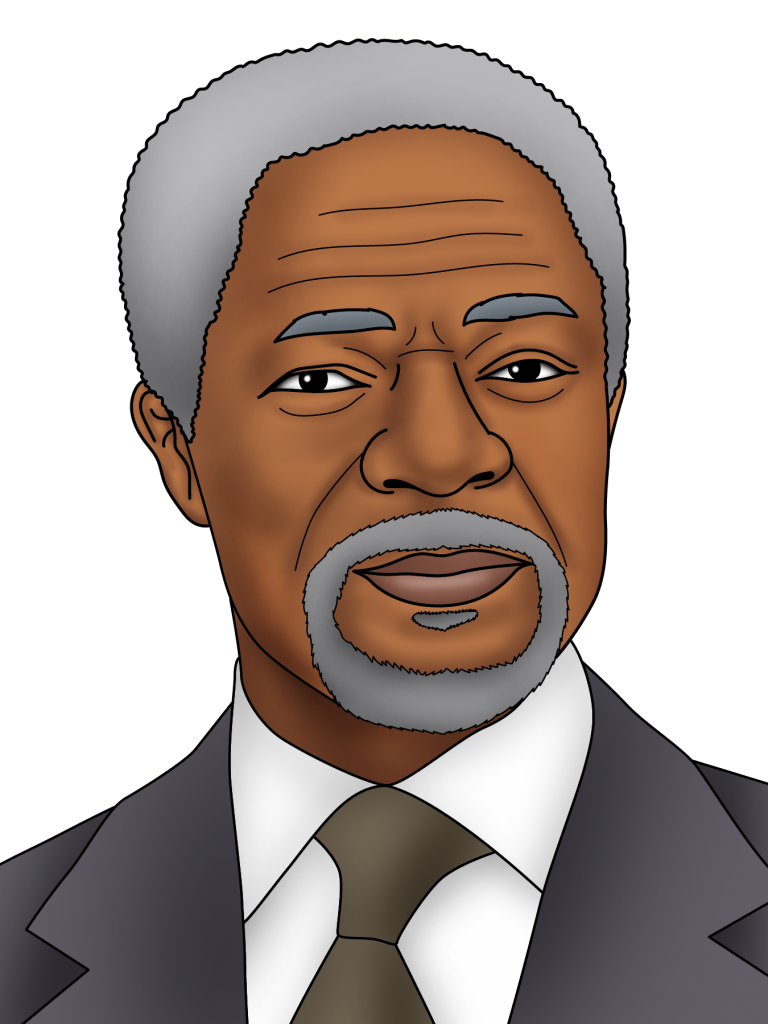 Known for: Becoming a diplomat who encouraged world peace.

He was the first African to be appointed UN Secretary-General.

Ignorance and prejudice are the handmaidens of propaganda. Our mission, therefore, is to confront ignorance with knowledge, bigotry with tolerance, and isolation with the outstretched hand of generosity. Racism can, will, and must be defeated.

Kofi Annan was the grandchild and nephew of three chiefs, and his family is said to be one of Ghana’s most noble families. By the time Annan was in his mid-teens, he had joined an elite boarding school.

Annan worked at the World Health Organisation serving as a Budget Officer, and for two years, he was the Director of Tourism in Ghana. In 1997, Annan was promoted by the United Nations Security Council to the position of their Secretary-General. This job was a high-ranking position, which meant Annan had lots of influence over global decisions, and he used this role to help make many positive changes.

Following the HIV/AIDS pandemic, Annan introduced the five-point Call to Action, where a Global AIDS and Health fund was set up. In recognition of his work, Annan and the United Nations were jointly awarded the Nobel Peace Prize in December 2001. After he retired from his position as Secretary-General, Annan became involved with many other organisations which looked to build a better and more peaceful society.