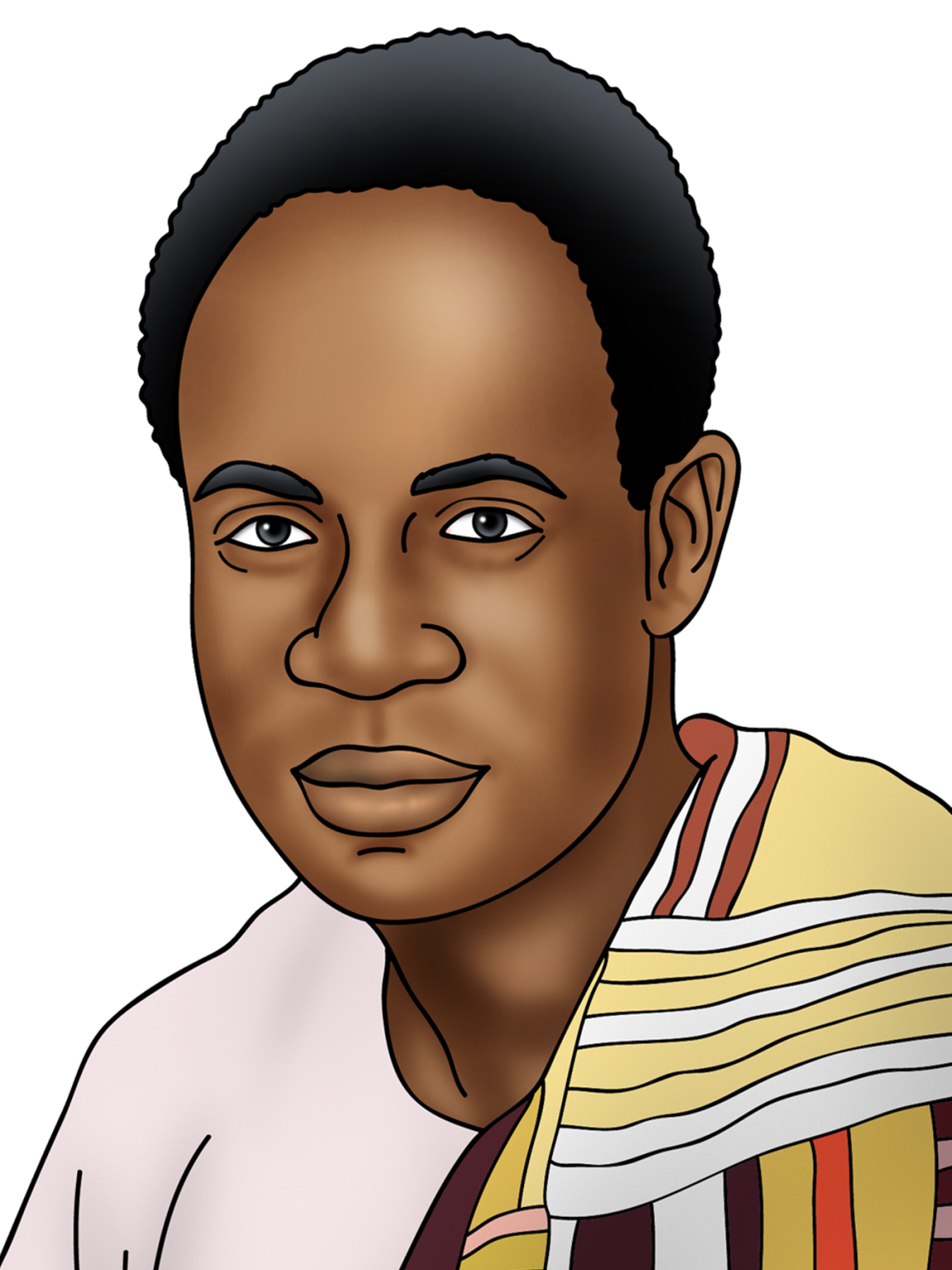 Known for: First President of Ghana - one of the most important leaders in the African fight against European colonial rule.

Leading Ghana (formerly the Gold Coast) to independence in 1957; 1st President of Ghana.

Nkrumah had accomplished what no Black African (sub-Sahara) country had ever done before – self-governance.

Nkrumah was a key founder of the Organisation of African Union (OAU), which promote political and economic integration across the African continent.

Nkrumah was drawn to politics at a young age. He earned a degree from Achimota College in 1930, and went on to teach in Roman Catholic schools.

Nkrumah became interested in African nationalism in 1934. This was about making Africa independent from the rule of Europeans. In 1935, he went to America and got another degree from Lincoln University in Pennsylvania. He then went to study in England at the London School of Economics, which is world famous. In 1947, Nkrumah went back to the Gold Coast. He became a spokesman for the United Gold Coast Convention. Here, he worked towards enabling the Gold Coast to rule itself. In 1950, he started a project where the people in the Gold Coast would go against British rule, but using non-violent tactics, such as protests, strikes, and non-cooperation with the British colonial authorities. He wanted to make a change in the Gold Coast.

Nkrumah was elected to the Gold Coast Parliament in 1951. He then became Prime Minister in 1952. Nkrumah, along with others, worked hard to establish independence for the Gold Coast which was achieved in 1957. Nkrumah’s political party was in charge at the time, and he became President for life in 1964. His rule lasted until 1966, when a military coup took out his leadership. This was because many thought he was a harsh ruler, and his economic plans failed completely.

Nkrumah was exiled to Guinea when his government lost power. He later died in Bucharest, Romania.