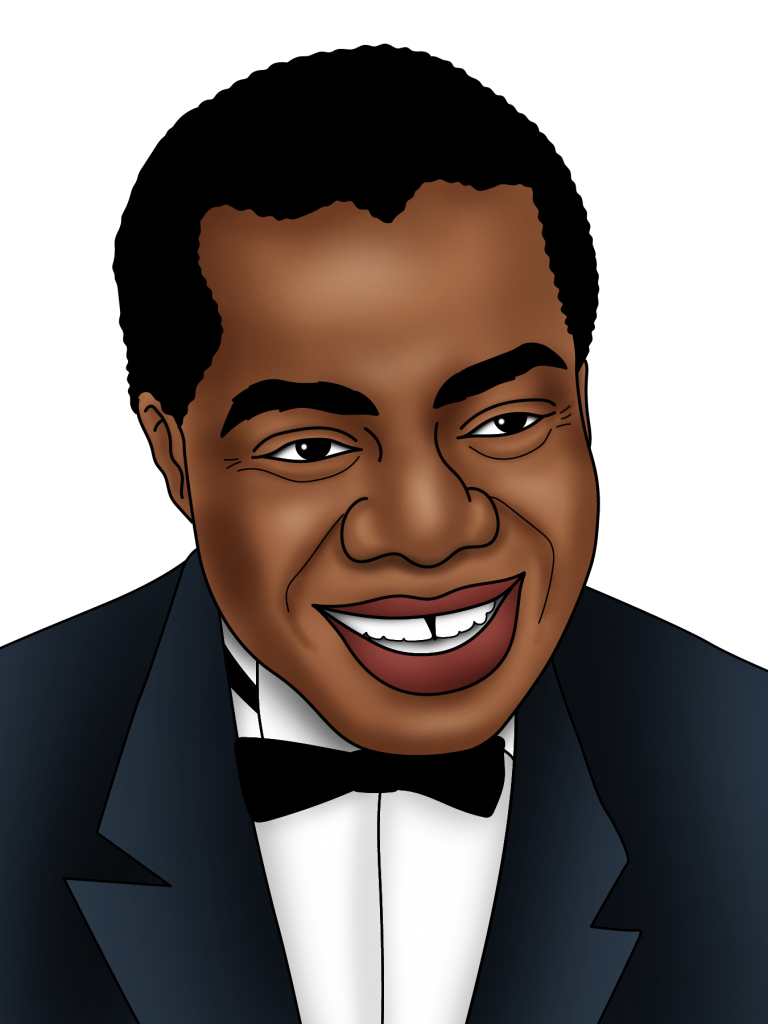 Known for: Being a trumpet player and composer.

Armstrong was an influential musician and composer.

Some critics call him the first great jazz soloist.

He is known for his powerful, ‘gravelly’, and iconic voice.

Music is life itself. What would this world be without good music?

Around 1922, Louis Armstrong followed his mentor, Joe King Oliver, to Chicago to play in the Creole Jazz Band. He then moved to New York to join Fletcher Henderson’s band, and introduced the concept of swing music through his solo parts.

Armstrong had a great influence on Fletcher, and helped transform his band into what is generally regarded as the first jazz big band. However, his southern background didn’t mesh well with the city lifestyle of Fletcher’s other musicians, who gave Armstrong a hard time. Fletcher also prohibited Armstrong from singing, fearing that his rough vocals would be too coarse for the audiences at the Roseland Ballroom.

Okeh Records began letting Armstrong record popular songs of the day. His daring vocals completely changed the concept of singing in American popular music, and had lasting effects on all singers who came after him.

After spending many years on the road, Armstrong settled permanently in New York in 1943 with his fourth wife, Lucille. Over the next thirty years, he played more than 300 performances a year. Armstrong kept touring well into his sixties, even visiting part of the communist bloc in 1965. By 1968, he was approaching seventy and his health began to fade. He made his last recorded trumpet performances on his 1968 album Disney Songs the Satchmo Way.

Armstrong was awarded the Grammy Lifetime Achievement Award in 1972, after his death.