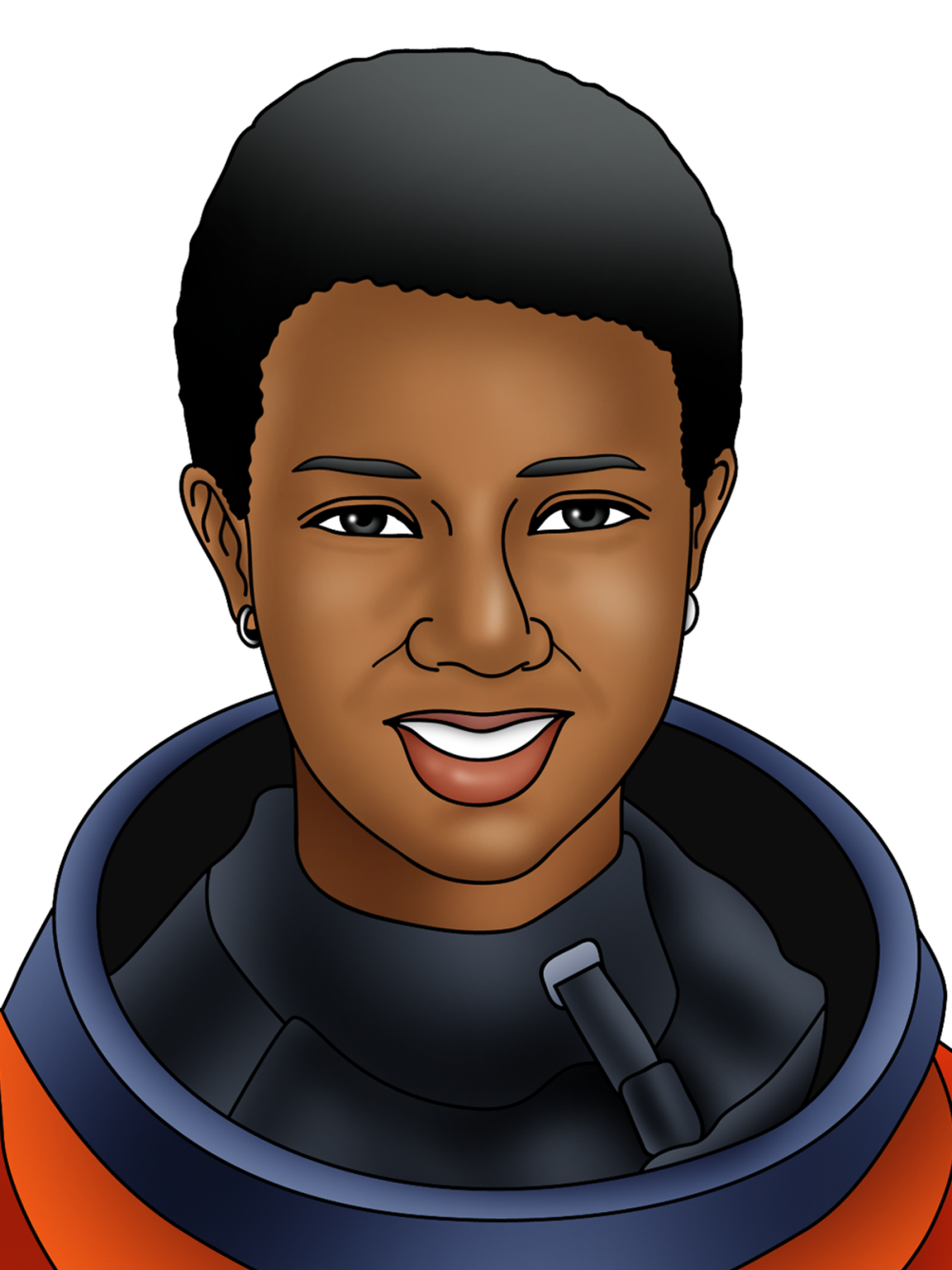 Known for: Being the first African American woman to become an astronaut.

She was featured in an episode of Star Trek: The Next Generation.

Jemison was inducted into the National Women's Hall of Fame.

Don’t let anyone rob you of your imagination, your creativity, or your curiosity. It’s your place in the world; it’s your life. Go on and do all you can with it, and make it the life you want to live.

Mae Jemison was born in Decatur, Alabama in the United States. As a child, she was always very interested in science. At sixteen, she won a scholarship to Stanford University of California. There she studied chemical engineering and Afro-American studies. She graduated in 1977.

After this, Jemison attended Cornell University in New York. She became a doctor in 1981 and worked in Los Angeles, California. She also went to work as a doctor with the Peace Corps in West Africa.

Jemison tried to get into NASA to become an astronaut in 1985. She was one of only fifteen people picked from 2,000 to train as an astronaut. She was the first Black woman to get onto the training programme in 1987. After more than a year training in Texas, she went to the Kennedy Space Centre in Florida. In 1992, Jemison finally got to go into space on the Endeavour space shuttle. The space shuttle orbited Earth for eight days; Jemison carried out experiments on the spaceship.

How many days did the space shuttle Endeavour orbit the Earth for? What was Mae Jemison the first black woman to do? Which space centre did Mae Jemison work at?