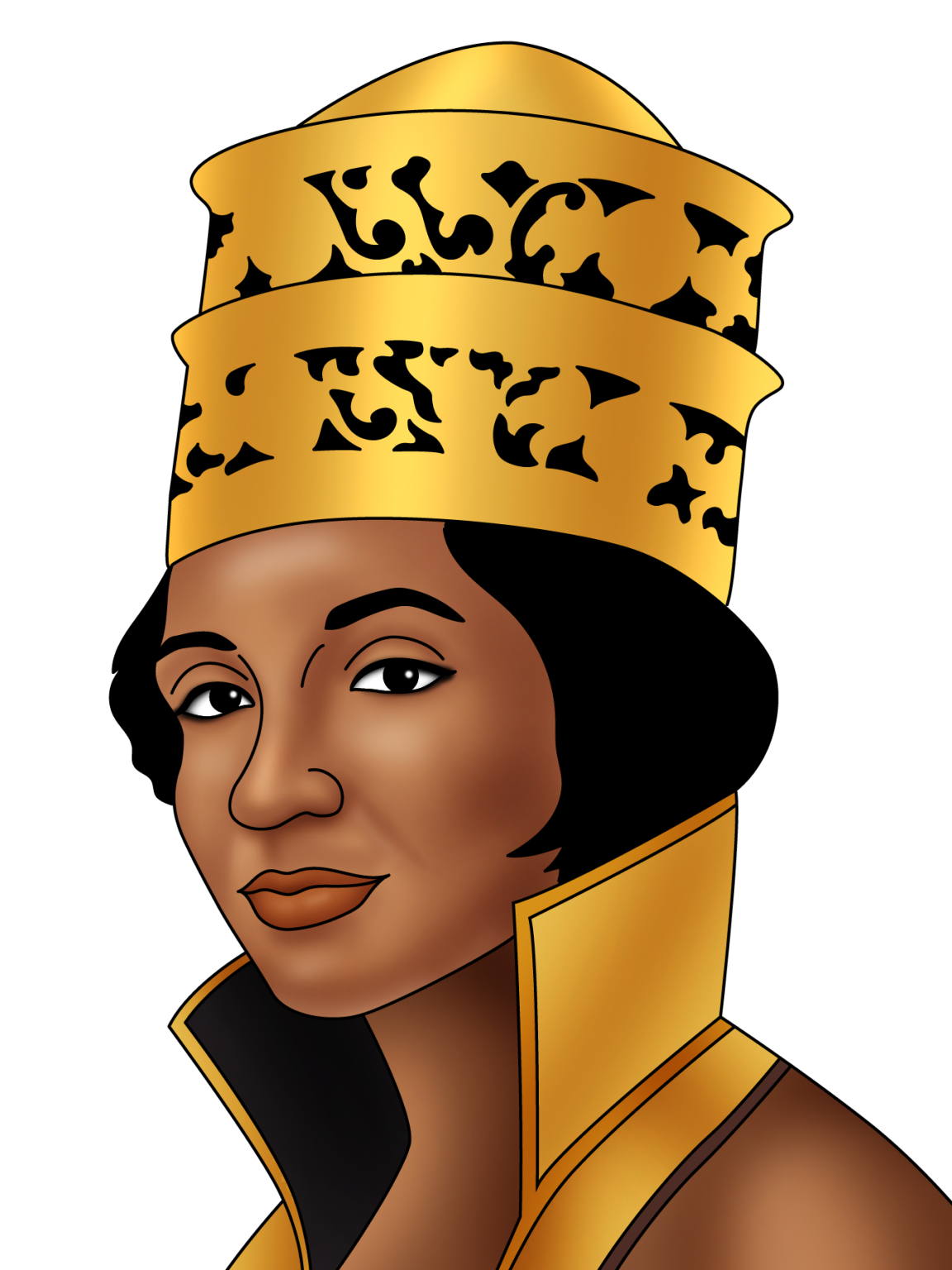 Known for: Being Queen of the land of Sheba, who travelled to question and learn from the wisdom of King Solomon of Israel.

The story of Solomon and Sheba is recorded in many languages.

Makeda was a mysterious and majestic queen of Sheba.

She visited Solomon to question and learn from his wisdom.

Makeda speaking to Solomon: “In wisdom and wealth you have far exceeded the report I heard. How happy your people must be!"

Makeda was the mysterious and majestic Queen of Sheba, dearly loved by King Solomon of Israel.

The Queen of Sheba visited Solomon after hearing about his wisdom. She was welcomed, given a place to stay, and given many gifts. Solomon and Makeda had many conversations and became good friends.

She stayed and learned from him for six months. Before she left, there was a great feast in the King’s palace and more gifts were exchanged, including a friendship ring given to Makeda by Solomon.

The Bible tells the story of Solomon and Sheba. It says that when she returned to her kingdom, she gave birth to Solomon’s son and named him Menelik.

Her son grew up in Ethiopia. When he was older, he went to Jerusalem with the ring his mother had been given, and was welcomed with open arms, many gifts, and celebrations. His father was happy he had visited and wanted him to stay, but Menelik eventually returned to his country to be with his mother.

Why would wisdom be a useful quality to have as a leader? The fact that the Bible mentions Makeda’s leadership; does that increase her significance and importance to history? Would you agree that communication was a key attribute to her leadership?