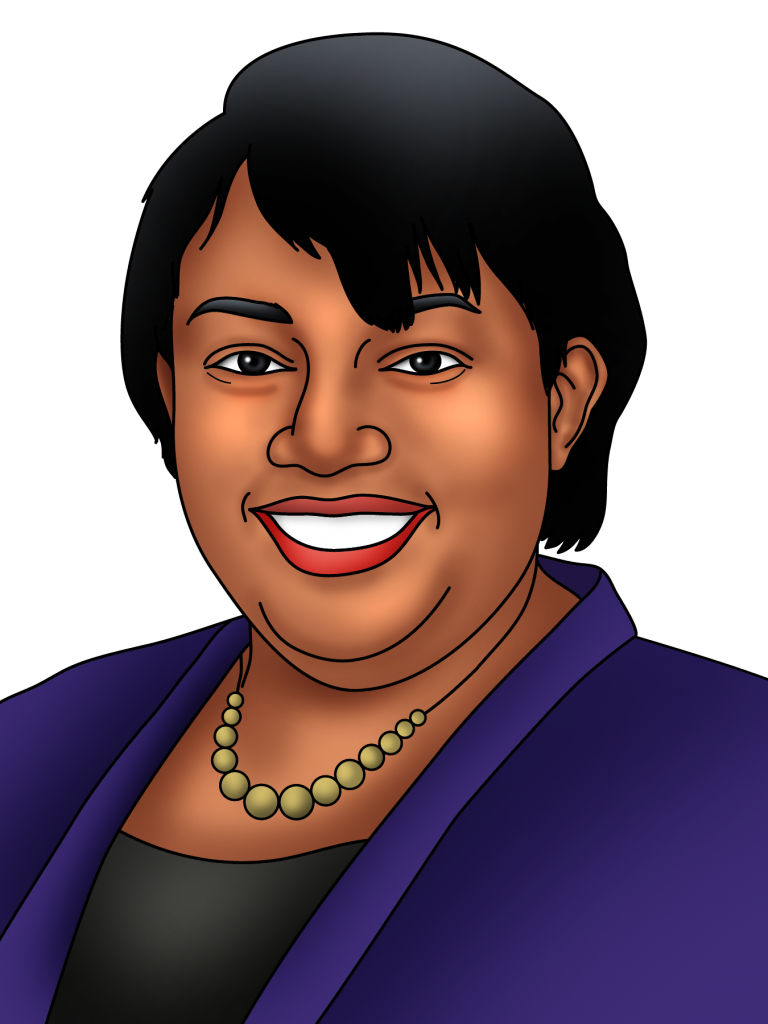 Known for: Being a Black British writer.

She has won a Carnegie Medal and a BAFTA.

One of her books was voted “most read book” in the UK.

I remember, when I was at school, we would have a 10-minute storytelling session where we’d all sit on the floor cross-legged, and the teacher would read. It became something we all really looked forward to. That was part of the reason I grew to love stories.

Malorie Blackman writes books for young people. Her most famous books are the Noughts and Crosses series. These books talk about race and racism, meaning the ways Black people are treated badly because of their skin colour.

The first book in this series, was named as the most read book in England in 2003 by the BBC. It has sold 299,644 copies, making it her best-selling book.

Blackman had dreams of becoming an English teacher when she was little. She ended up studying computer science instead, and became a computer programmer. She decided to write her first book in 1990. It was a science-fiction horror story. Since then, she has written over 60 books. Blackman is very talented in other ways, and has written music and poetry too. She has also written scripts for children’s television shows, such as Byker Grove.

Blackman has sold over 1.95 million books, making her one of Britain’s best-loved writers for teenagers.

Blackman has been given over fifteen awards for her work. She was awarded an OBE, by Queen Elizabeth II, in 2008, and was Children’s Laureate from 2013 to 2015, which is a very famous award in the UK. Her books have been very famous in Britain for over thirty years now, and they are read all over the world.