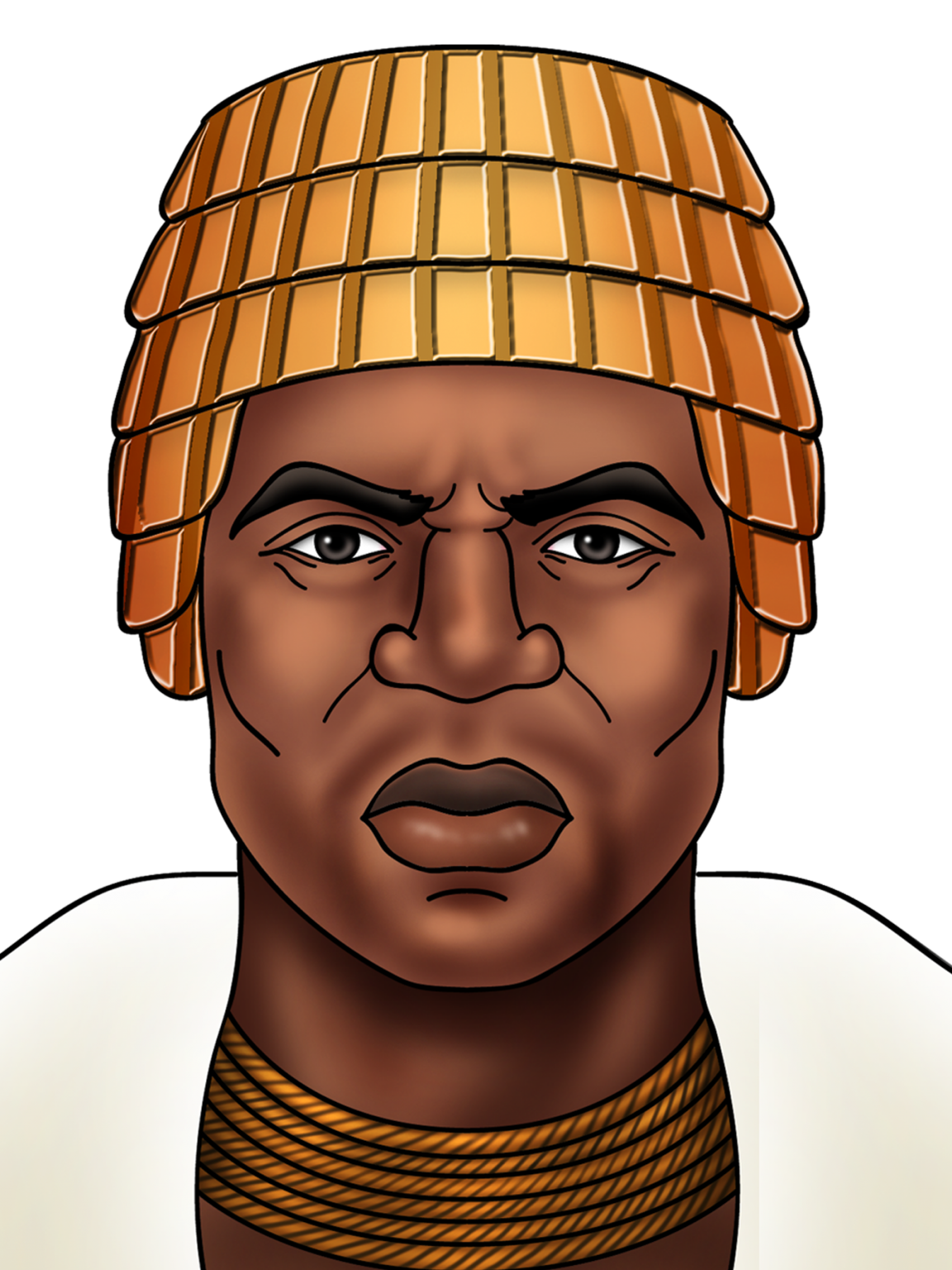 Known for: Being called the richest man who ever lived.

Musa’s pilgrimage benefitted all the countries he passed through.

On maps, the Mali empire was represented by Musa’s golden throne.

The ruler who preceded me did not believe that it was impossible to reach the extremity of the ocean that encircles the earth (the Atlantic Ocean). He wanted to reach that (end) and was determined to pursue his plan.

Mansa Musa was emperor of Mali in 1312. He started out as deputy, but became emperor when the former emperor, Abu-Bakr II, went missing at sea.

The Mali empire grew hugely across West Africa when Musa ruled. It spread across the Atlantic coast, to the inland city of Timbuktu, and parts of the Sahara Desert.

The Mali empire and its people became very rich. The world outside of Mansa’s empire would get a glimpse of his fabulous wealth when, in 1324, he travelled on a pilgrimage to Mecca.

He travelled with tens of thousands of people, including soldiers dressed in the finest silk. Musa marched alongside camels and horses carrying hundreds of pounds of gold. There was so much gold that every country he passed through was so impacted by the spectacle that they spoke of it for decades afterwards.

Upon passing through Egypt, Musa made a gift to the Sultan Al-Malik Al-Nasir, and everyone benefitted from his generosity and kindness. In fact, Musa’s generosity and purchase of foreign goods left the streets littered with gold.

Musa’s empire grew so vast that it covered present-day Senegal, Gambia,   Niger, Nigeria, Chad, and Mauritania, in addition to Mali. His fame would eventually be spread far and wide.

What are important qualities of a good leader – and did Musa have these? Being a deputy at first, do you think this helped Musa once he became emperor? What were the main reasons why the Mali empire grew such wealth?