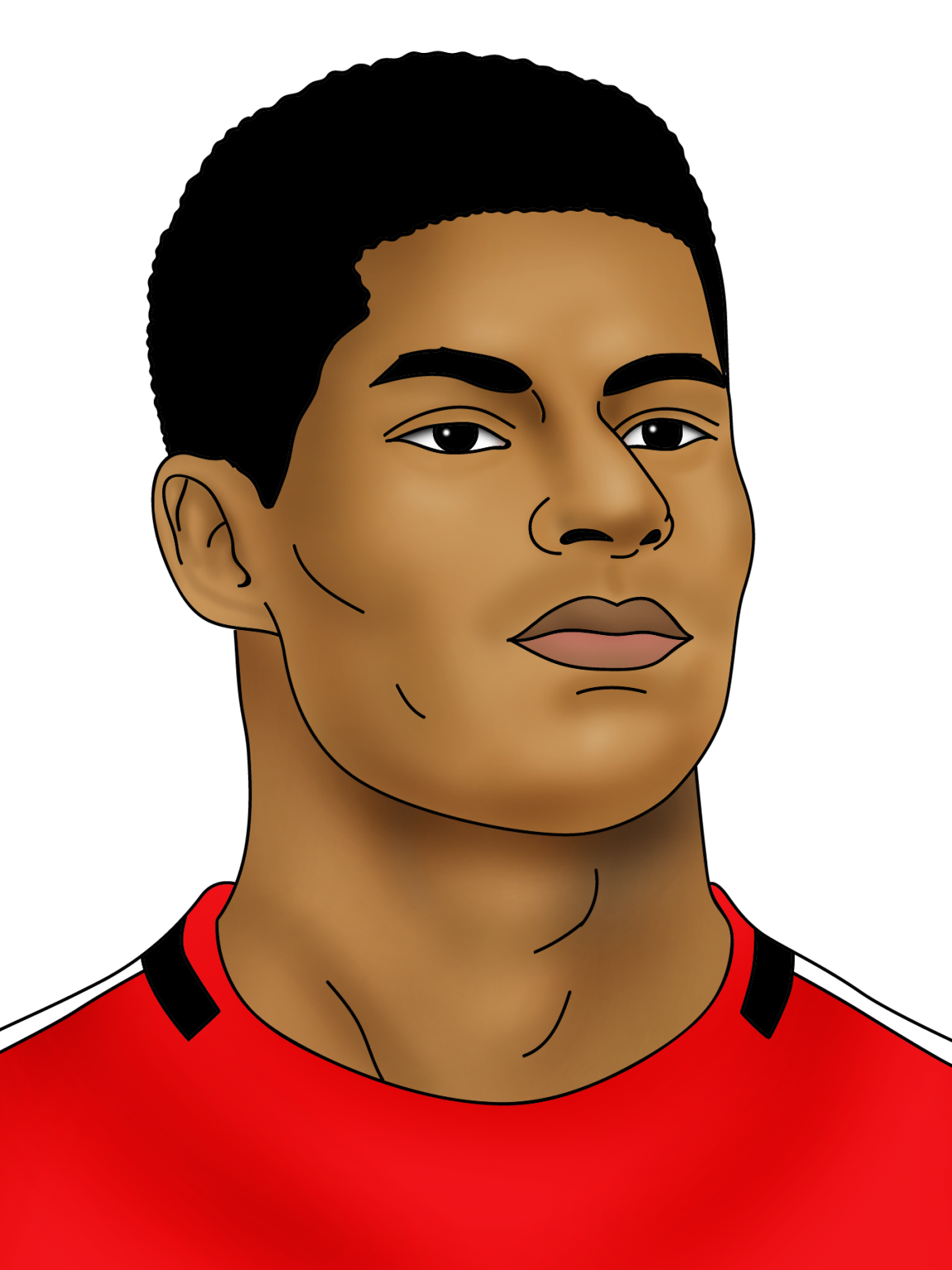 Known for: Football and Charity work

Rashford won the ‘Jimmy Murphy Young Player of the Year’ award in the 2015–2016 season.

Rashford received a Pride of Britain Award in 2020 for his campaign to extend the free school meals (FSM) scheme over the summer.

Rashford was recognised as a Member of the Order of the British Empire (MBE) in 2020 for his work for social change.

As a collective we are so powerful and we all have a role to play in this. I'm overwhelmed with pride that we have made such significant progress. We will not give up on our children.

Rashford is the son of English parents Robert Rashford (father) and Melanie Rashford (mother), and has two brothers and one sister. His grandmother was born on the island of Saint Kitts, which means Rashford is of Kittitian descent.

At the age of five, Rashford joined the ‘Fletcher Moss Rangers,’ a junior football club. Rashford’s talent was noticed at a young age, and he was noticed by a talent scout. At the age of seven, Marcus was enrolled at the academy of the prestigious club, ‘Manchester United.’

For England, Rashford has also played at the UEFA Euro 2016 as the tournament’s youngest player, and also represented England at the 2018 FIFA World Cup.

In 2019, Rashford started charity work by providing food for homeless people. In 2020, Rashford led a successful campaign to force a government to change their minds about free meals during the school summer holidays. This is to help parents that receive welfare support.

Due to his work on this important campaign, Rashford was awarded an MBE for his work.

Rashford publicly campaigns on the issues of homelessness and children going hungry in the United Kingdom.