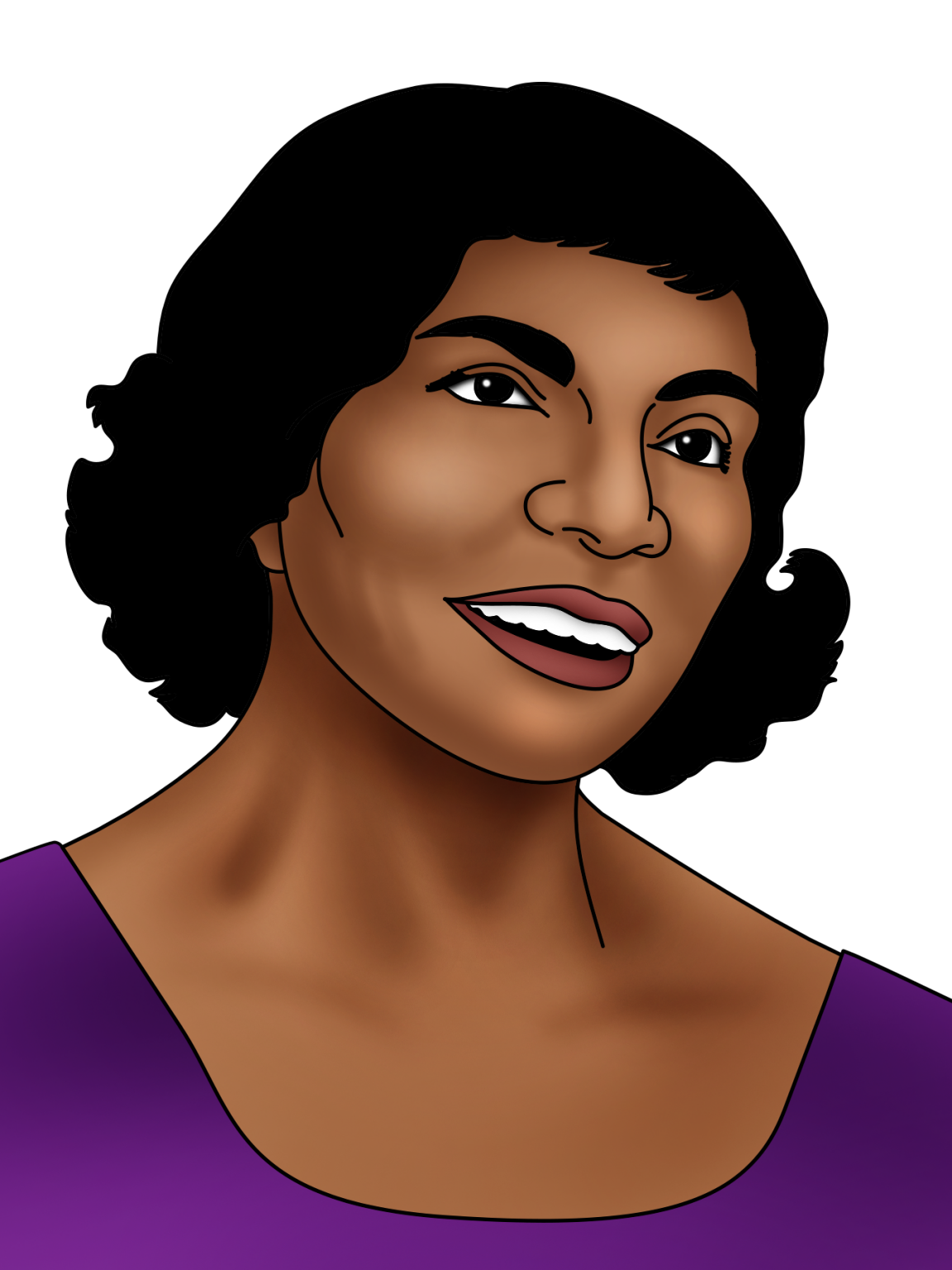 Known for: Being a singer

Anderson was the first African American to perform at the White House.

She sang the National Anthem at the Inauguration of President John F. Kennedy.

She was awarded a lifetime achievement Grammy Award in 1991.

When you stop having dreams and ideals - well, you might as well stop altogether.

Marian Anderson was a gifted singer. At six years old, she became a member of the junior choir at the Union Baptist Church. She was nicknamed “Baby Contralto”. Her father was very supportive, and bought her a piano when she was eight. Anderson taught herself how to play. Her father died when she was twelve. Anderson used this to further inspire her love of music, and became even more committed to her church and its choir and rehearsed tirelessly until she perfected different vocals.

Her church repaid her hard work by raising the money to pay for Anderson to train under Giuseppe Boghetti, a respected voice teacher. After two years with Boghetti, she won the chance to sing at the Lewisohn Stadium in New York after entering a contest.

In 1928, she performed at Carnegie Hall for the first time, and eventually went on a tour through Europe thanks to a Julius Rosenwald scholarship. She also performed at the White House at the request of President Franklin D. Roosevelt and his wife Eleanor, becoming the first African American to do so. Among her many awards, Anderson was presented with a Presidential Medal of Honour in 1963.

What was the significance of Anderson’s church support? Why do you think it took so long for an African American to perform in the White House? What do you think Anderson’s greatest achievement was? Give reasons for your answer.