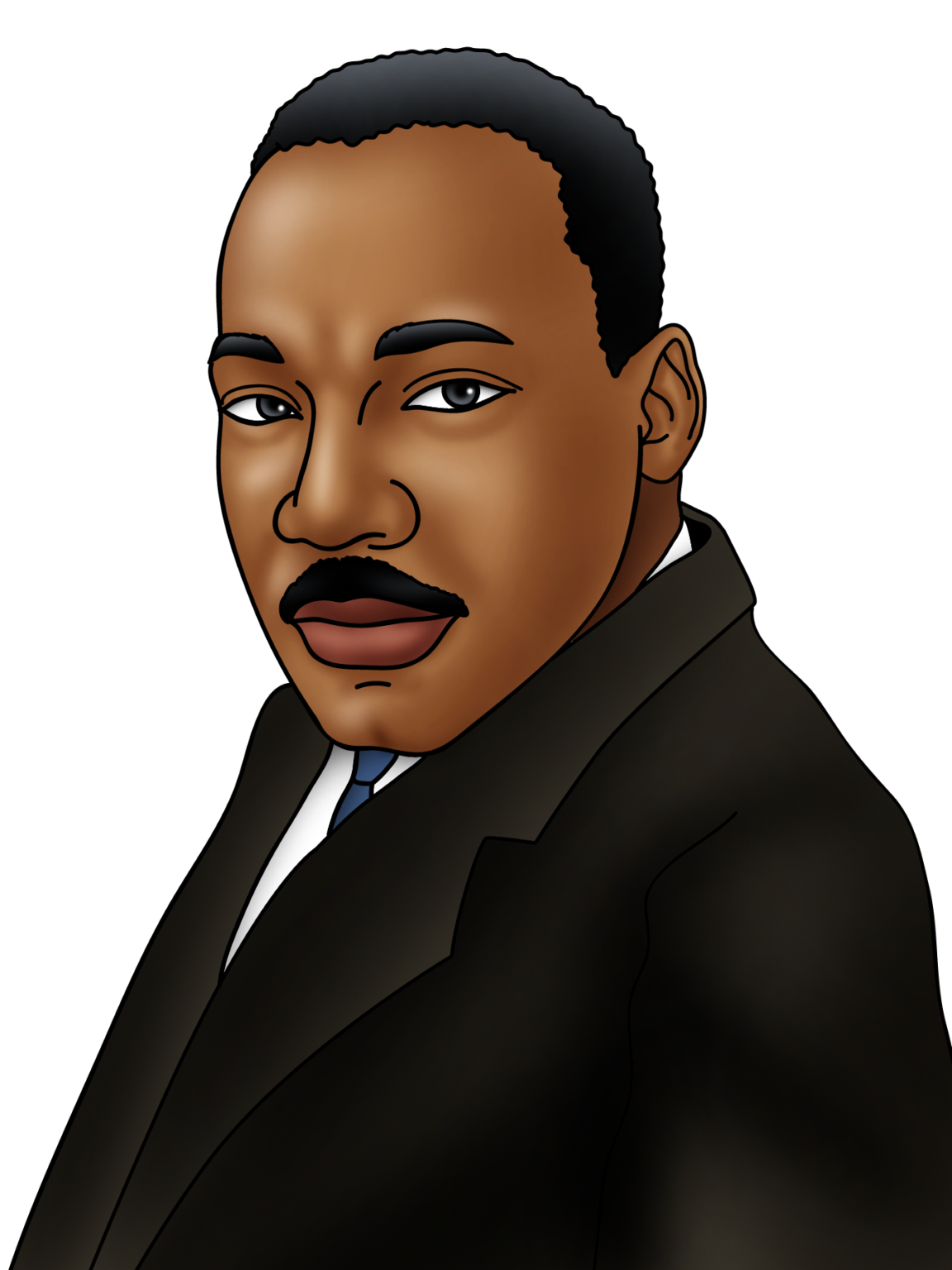 Known for: A leader of the civil rights movement in the 1950s and 1960s, fighting for the rights of African Americans.

He received a Nobel Peace Prize in 1964.

When Martin Luther King Jr. was growing up, African Americans were treated very badly. The South had Jim Crow laws, which kept Black and white people separated. This was called segregation. Some of the rules meant that Black people had to go to different schools, use different toilets, and they were not allowed to vote in elections.

In 1955, King became known in the civil rights movement, which fought for Black people to be treated fairly. When Rosa Parks was put in jail, for refusing to give up her seat on a bus to a white man, King helped to organise a boycott of the buses in Alabama. This boycott lasted 381 days. Eventually, the court ruled that segregation was not allowed.

Inspired by the Indian activist Mahatma Gandhi, King was never violent, even when other protestors or the police were. He was a person who talked about the importance of peaceful protest.

King’s most famous speech was given in 1963. The ‘I Have a Dream’ speech, at a protest called the ‘March on Washington’, was watched by over 250,000 people. It became one of the most famous speeches in history. In 1964, King was given a Nobel Peace Prize to recognise his role as a leader in the long, hard fight for civil rights.

King was killed in 1968, in Tennessee. He had given a speech the day before, and was sitting on the balcony of his hotel room, when he was shot by James Earl Ray. Ray spent the rest of his life in prison until he died in 1998.

Why do you think King was a good leader?