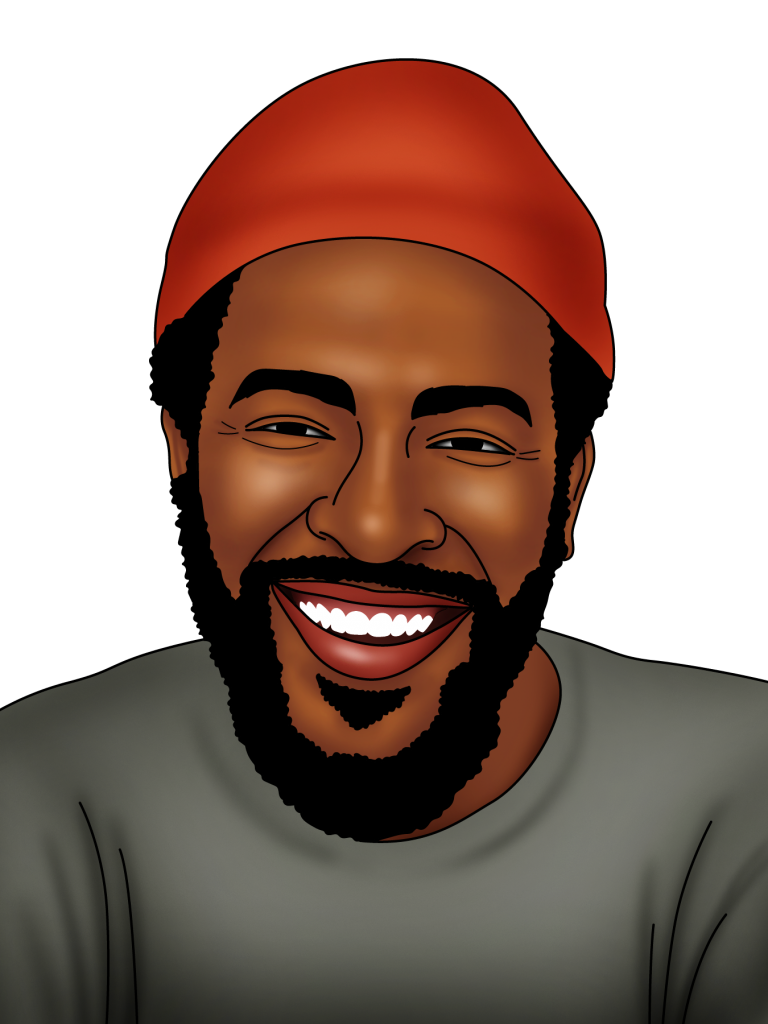 Known for: Being a singer- songwriter

In the 1960s, he had Motown’s best selling single of the decade.

Gaye’s song 'Let’s Get It On' is one of the most famous love songs ever.

I don’t consider myself a star.

Marvin Gaye began his career as a session drummer for Motown legends like Stevie Wonder and The Supremes. He went on to have many big hits of his own in the 1960s. He worked with Tammi Terrell, and they wowed the country with their duet performances of songs like Ain’t No Mountain High Enough. Tammi’s death affected him greatly, and he swore never to partner with another female vocalist.

In 1970, inspired by escalating violence in the Vietnam War, Gaye wrote the landmark song What’s Going On. The single became an instant hit.

Gaye departed from the Motown formula and went out on his own artistically, paving the way for others. In 1972, Gaye recorded one of the most revered love anthems of all time, Let’s Get It On. The song became his second no. 1 Billboard hit, cementing his appeal. Motown pushed Gaye into touring to capitalise on his recent success, and he reluctantly returned to the stage.

Through most of the mid-1970s, Gaye was touring, collaborating, or producing. He released his last album for Motown Records in 1978.

After two decades at Motown, Gaye signed with Columbia Records in 1982, and began to work on his last album, Midnight Love. The lead single from that album, Sexual Healing, became a huge comeback hit for the R&B star, and earned him his first two Grammy Awards.

In 1987, Gaye was inducted into the Rock and Roll Hall of Fame.