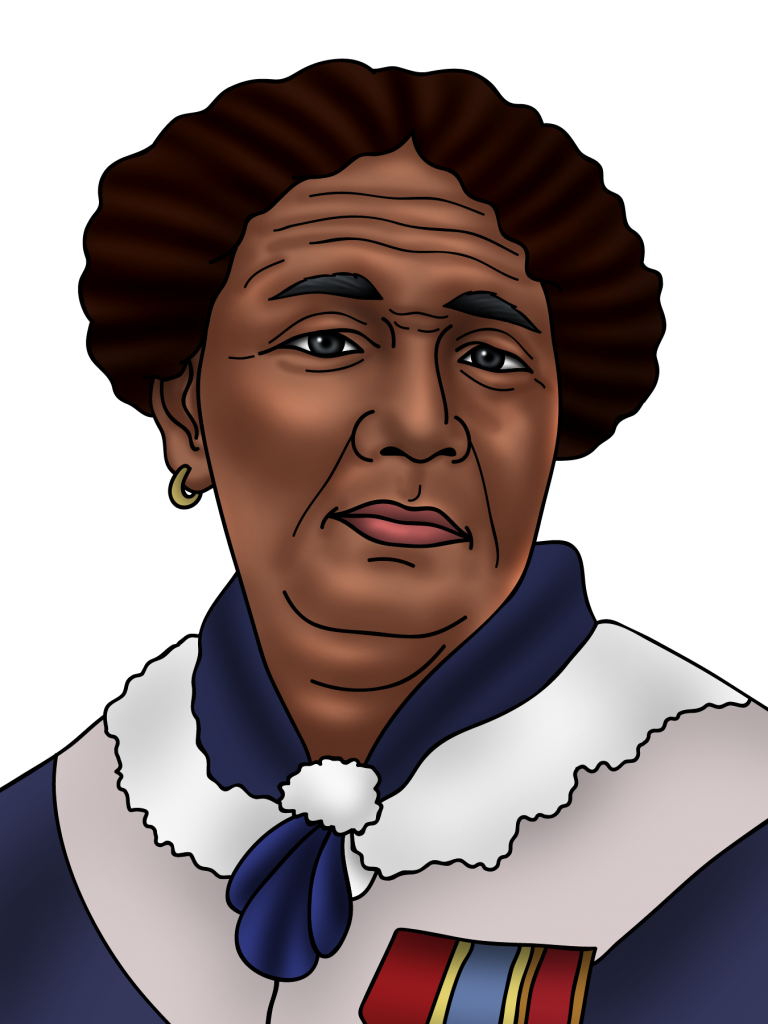 Known for: Her work caring for wounded soldiers during the Crimean War.

Seacole is remembered as the nurse who set up a “British Hotel”.

She nursed wounded soldiers during the Crimean War.

She topped a poll of the 100 greatest Black people that ever lived in Britain.

And the grateful words and smile which reward me for binding up a wound or giving a cooling drink was a pleasure worth risking my life for at any time.

Mary Seacole’s mother was a Jamaican who ran a boarding house, and her father was a Scottish soldier. Seacole was born while slavery still existed, and although she was not an enslaved person, she was still treated differently due to being mixed race.

While growing up, her mother taught her about nursing, natural herbs, and homemade cures. During her many visits to places like Cuba, Haiti, the Bahamas, and Central America, Seacole learned more about medicine. In 1850, an outbreak of Cholera hit Jamaica, and Seacole nursed many people back to health. When the Crimean War broke out in 1853, she decided to go and nurse the injured soldiers.

Seacole went to Britain and offered her services, which were refused. So, she paid her own travel expenses and went to Crimea. Once there, she set up her own business near the battlefront, where she sold food and drink to the soldiers and used the money to buy medicine to treat the wounded and sick.

It took a long time for Britain to finally acknowledge the work Seacole did during the Crimean War. They have since erected a statue of her in London, and many government buildings have been named after her. Seacole spent her entire life caring for people of all races. She believed that everyone was entitled to the same medical care regardless of their race.

In Jamaica, her homeland, she was awarded the Jamaican Order of Merit. Seacole also wrote a book about her life, The Wonderful Adventures of Mrs. Seacole in Many Lands.

What do you think is the biggest challenge Mary Seacole faced? What risks did Mary Seacole take? What important lessons did you learn from the way Mary Seacole lived?